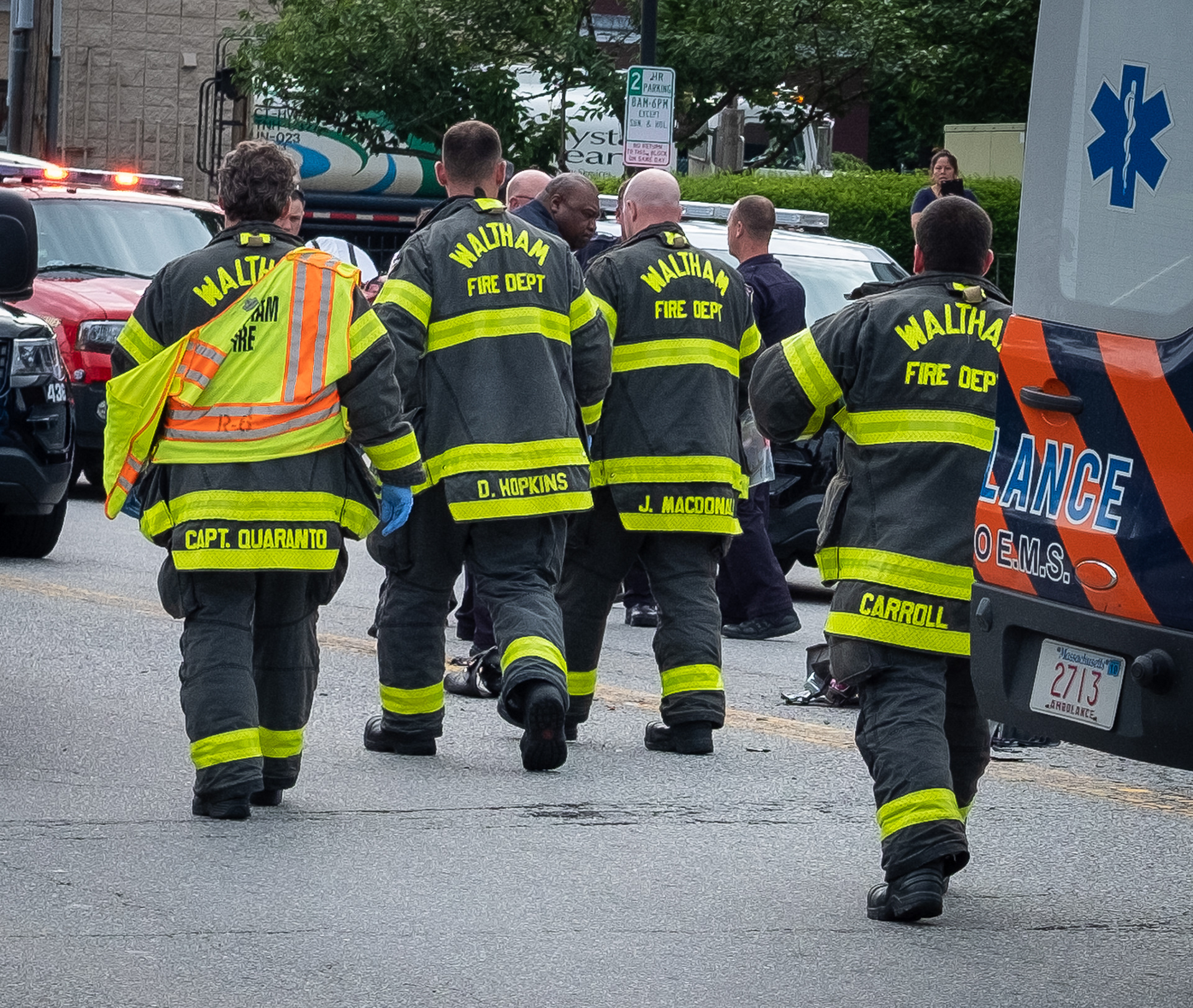 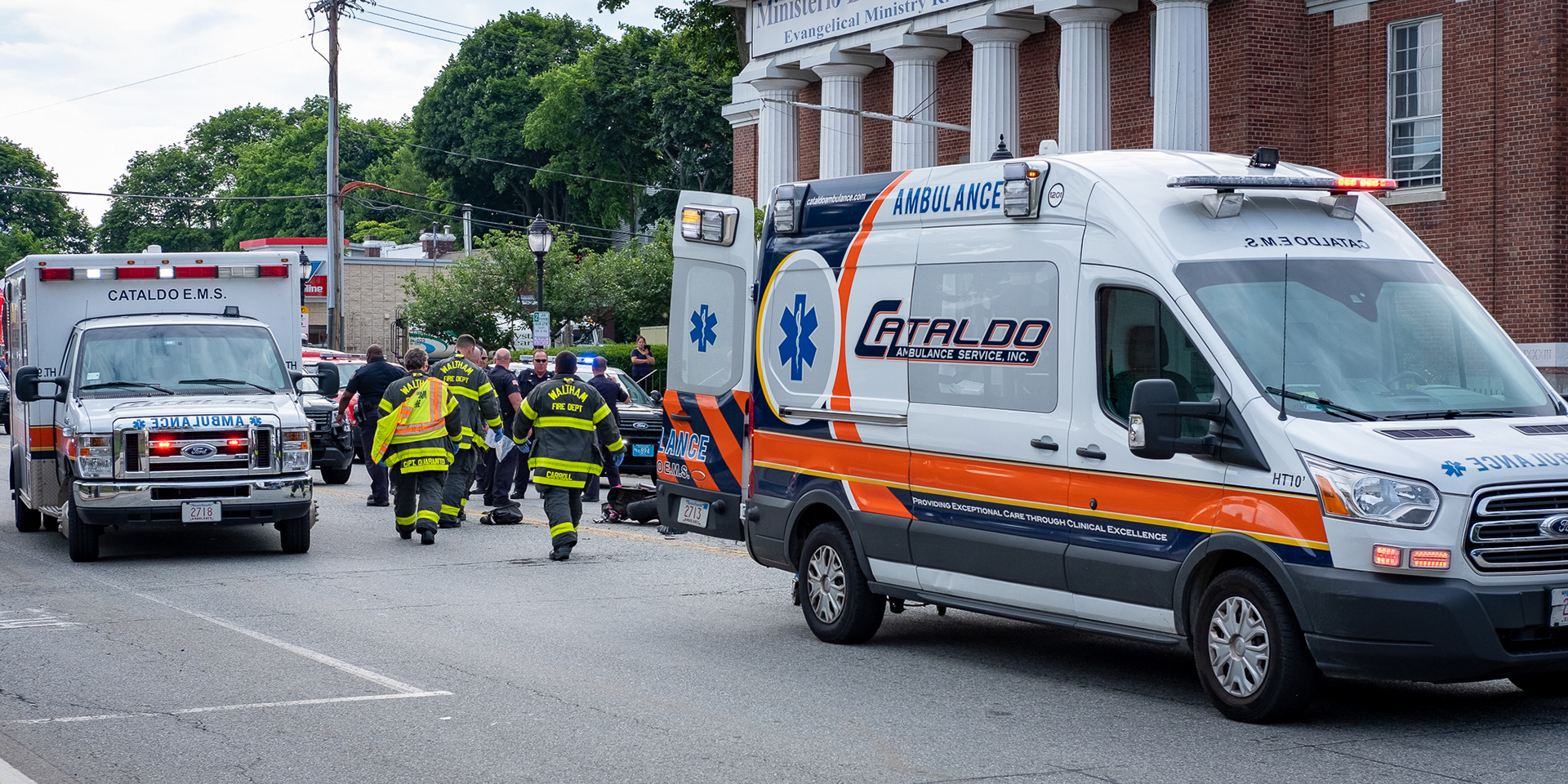 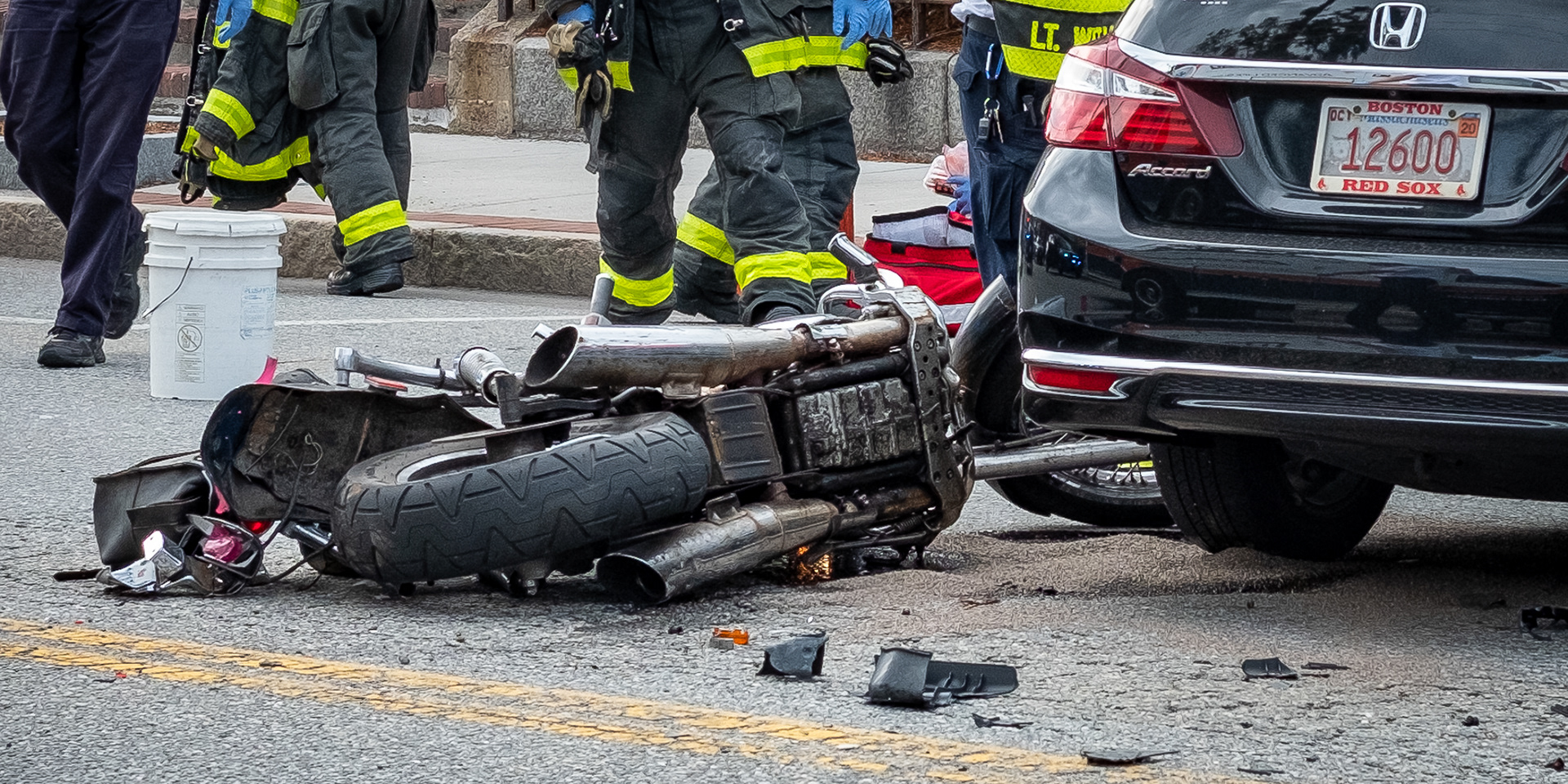 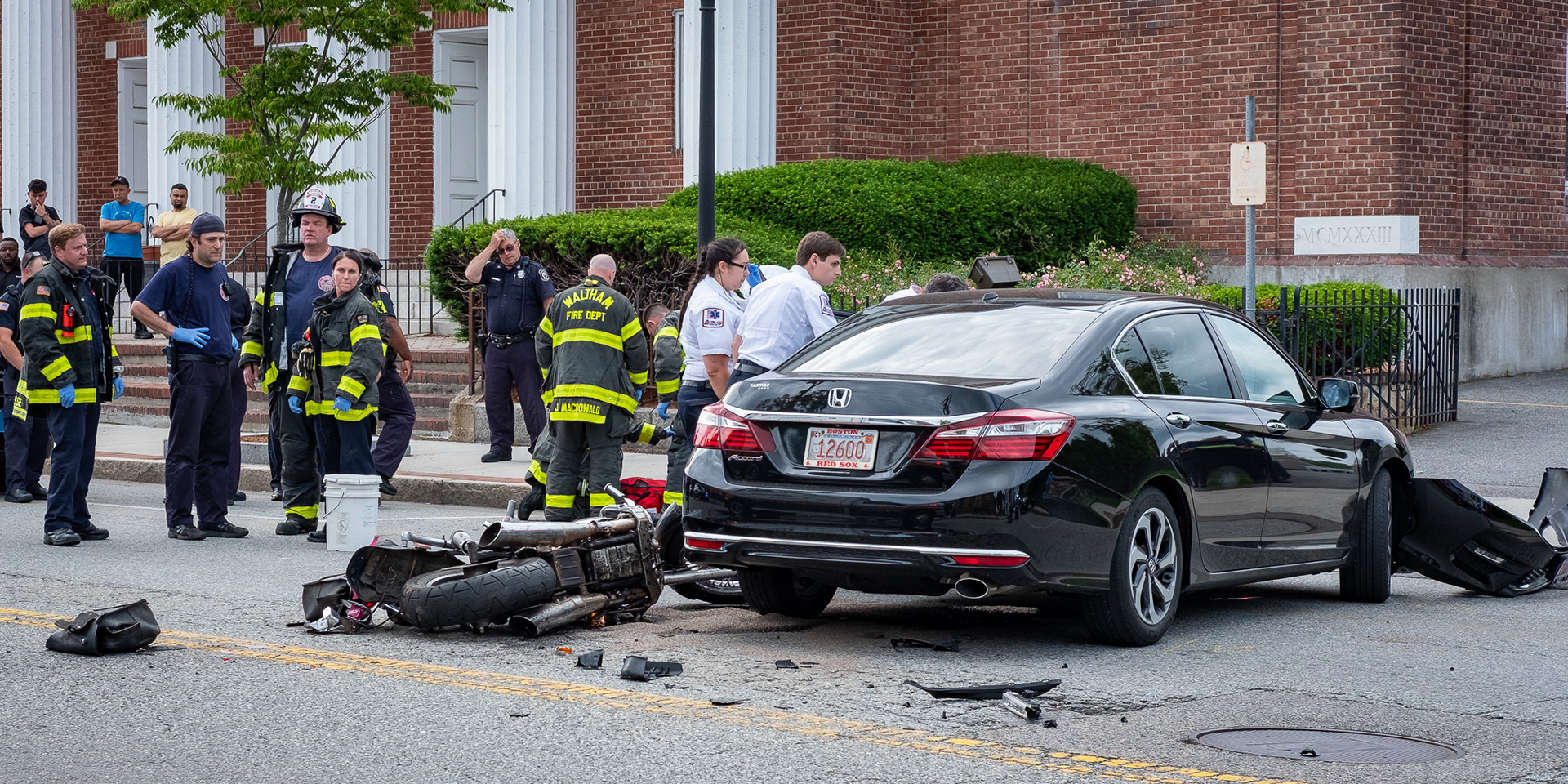 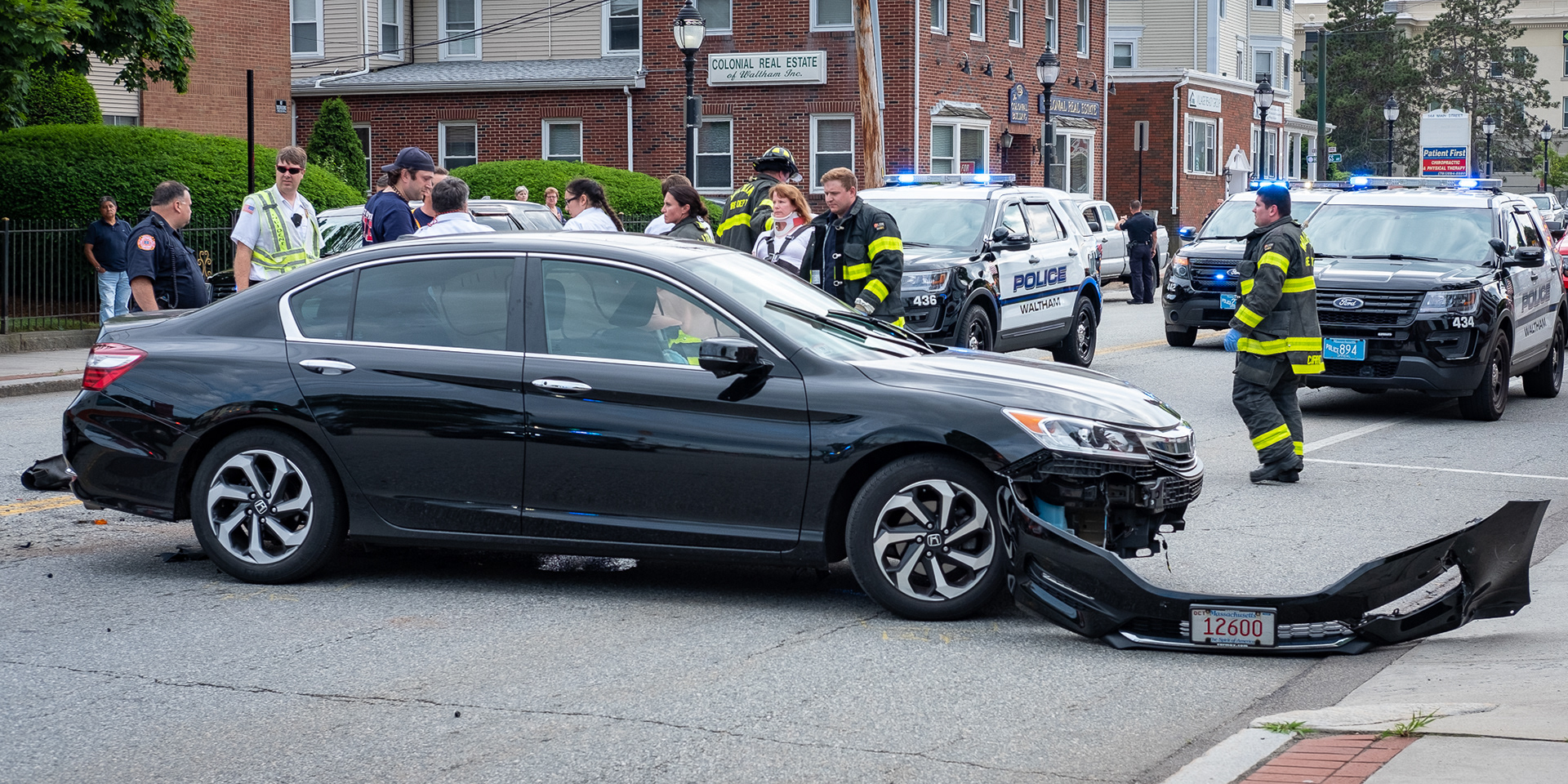 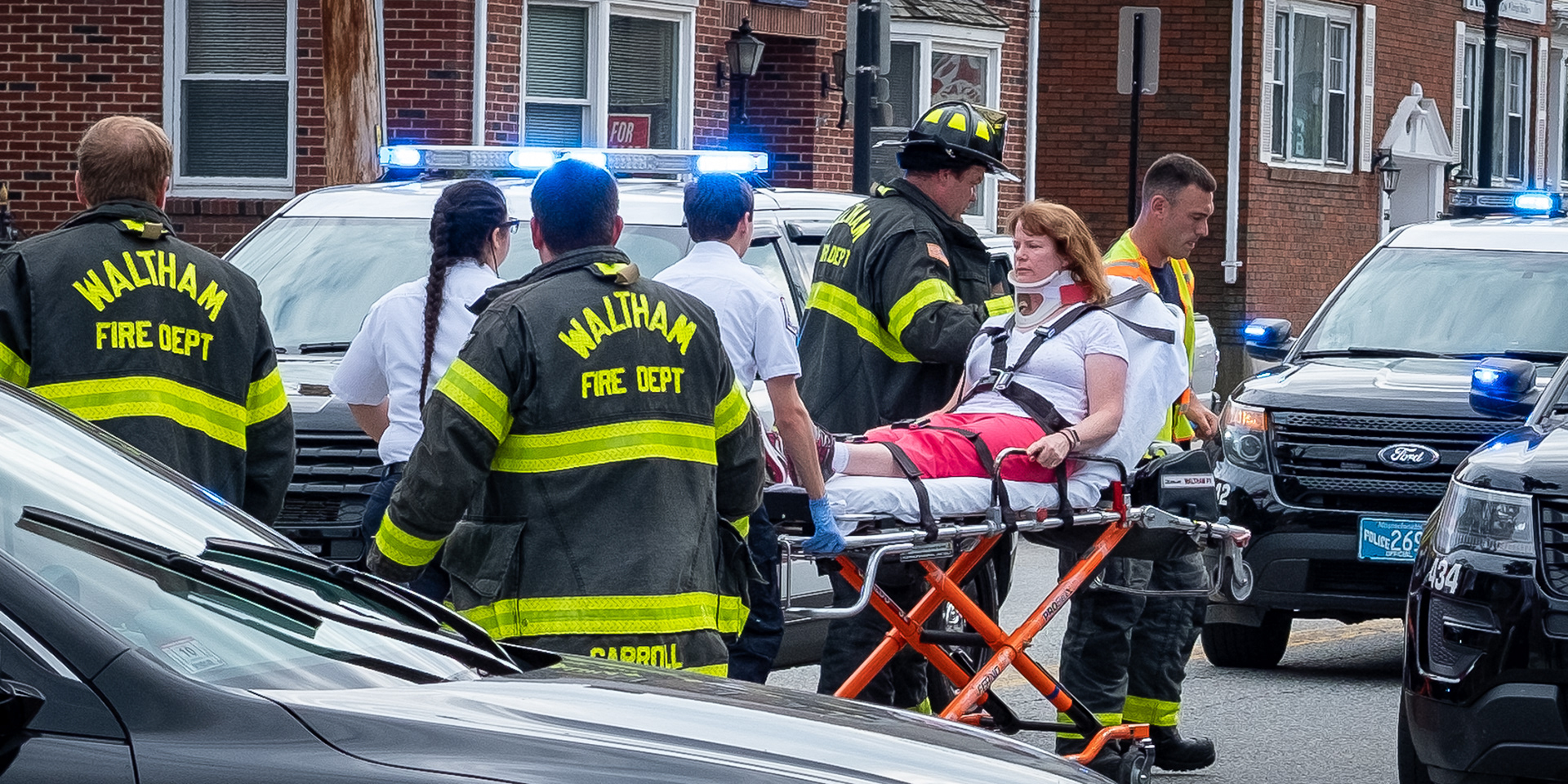 This was a horrific accident, and I debated with myself for a long time before posting it. I decided that 1) these photos had already been published by the local newspaper, 2) they were legitimate photojournalism, and 3) tragedy is part of life; it intrudes when we least expect it.

The young man riding the motorcycle was 17 years old, and a student at Waltham High School. I arrived on scene too late to see it, but an onlooker told me he was found under the car; his rescuers had to remove the front bumper to pull him out. He was later reported to be in critical condition at a Boston hospital. Meanwhile, the school principal reportedly was hiring counselors for the students.

The police cordoned off the entire block of this busy, main street for hours, re-routing traffic through residential neighborhoods. One officer told me that they don’t usually do this, but this accident was so serious, they had no choice. The last photo shows the driver of the car, a 52-year old woman from Boston, being taken away to hospital, her condition unknown.

We learned later that the young man died of his injuries in hospital.

Panera*
↑Back to Top