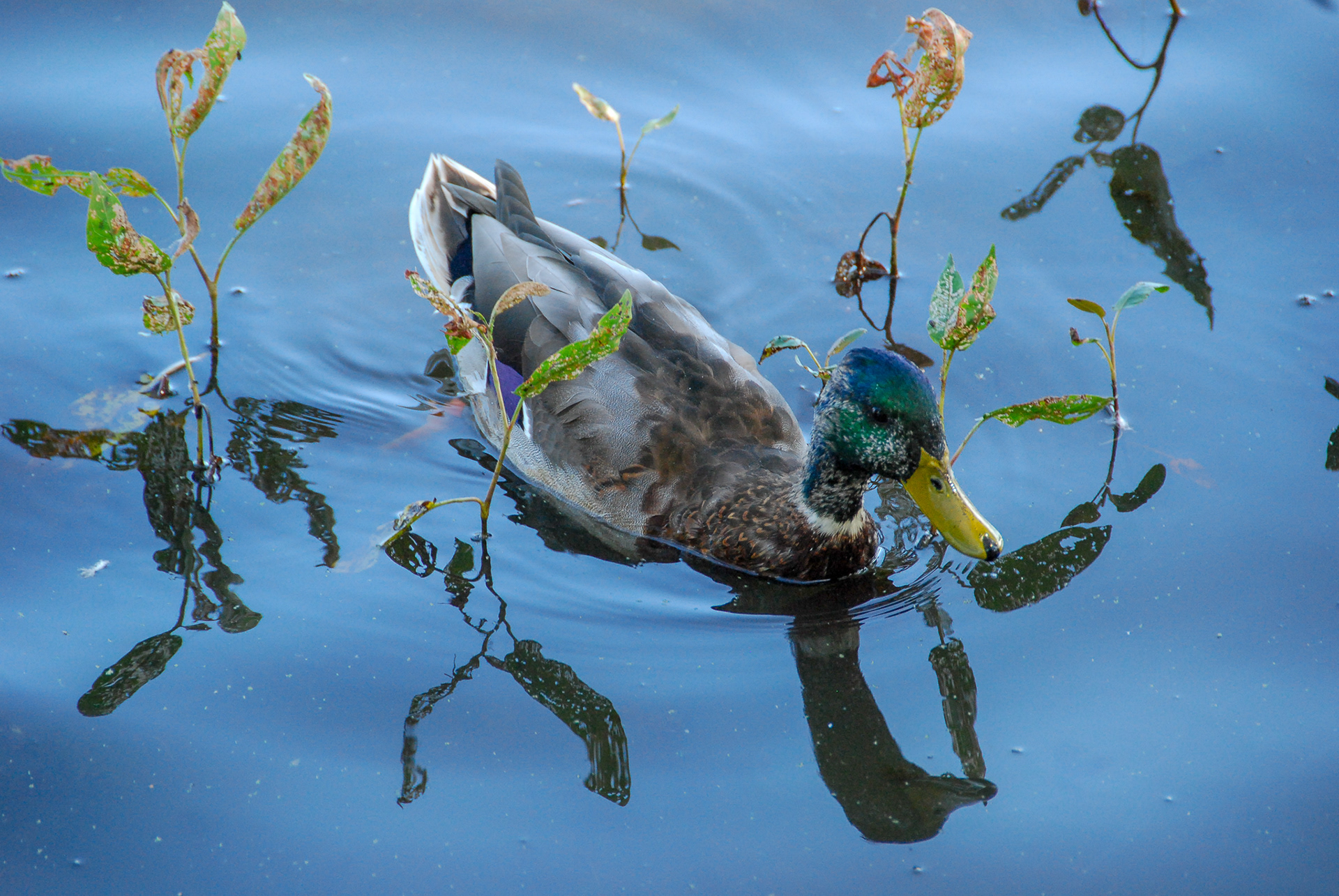 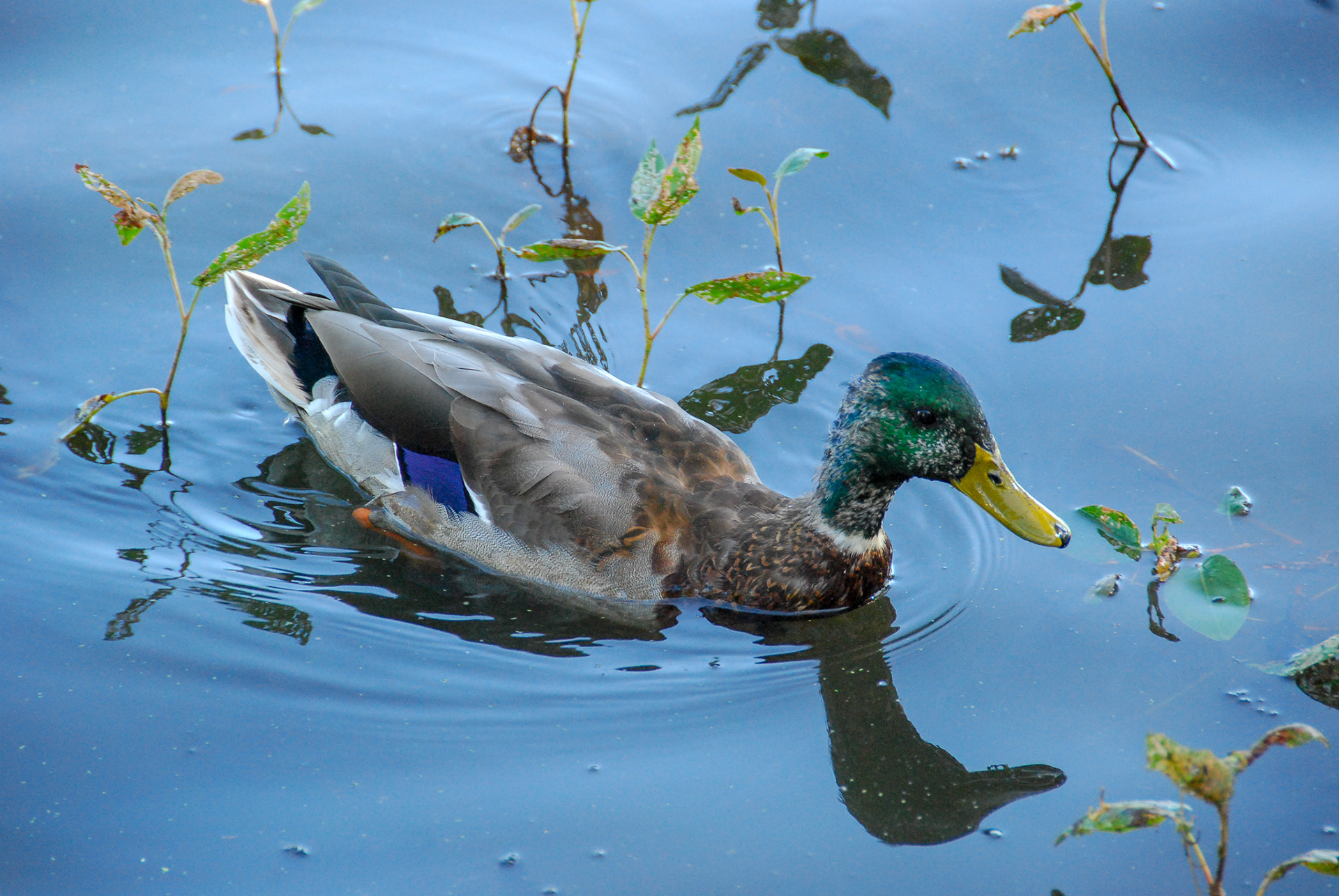 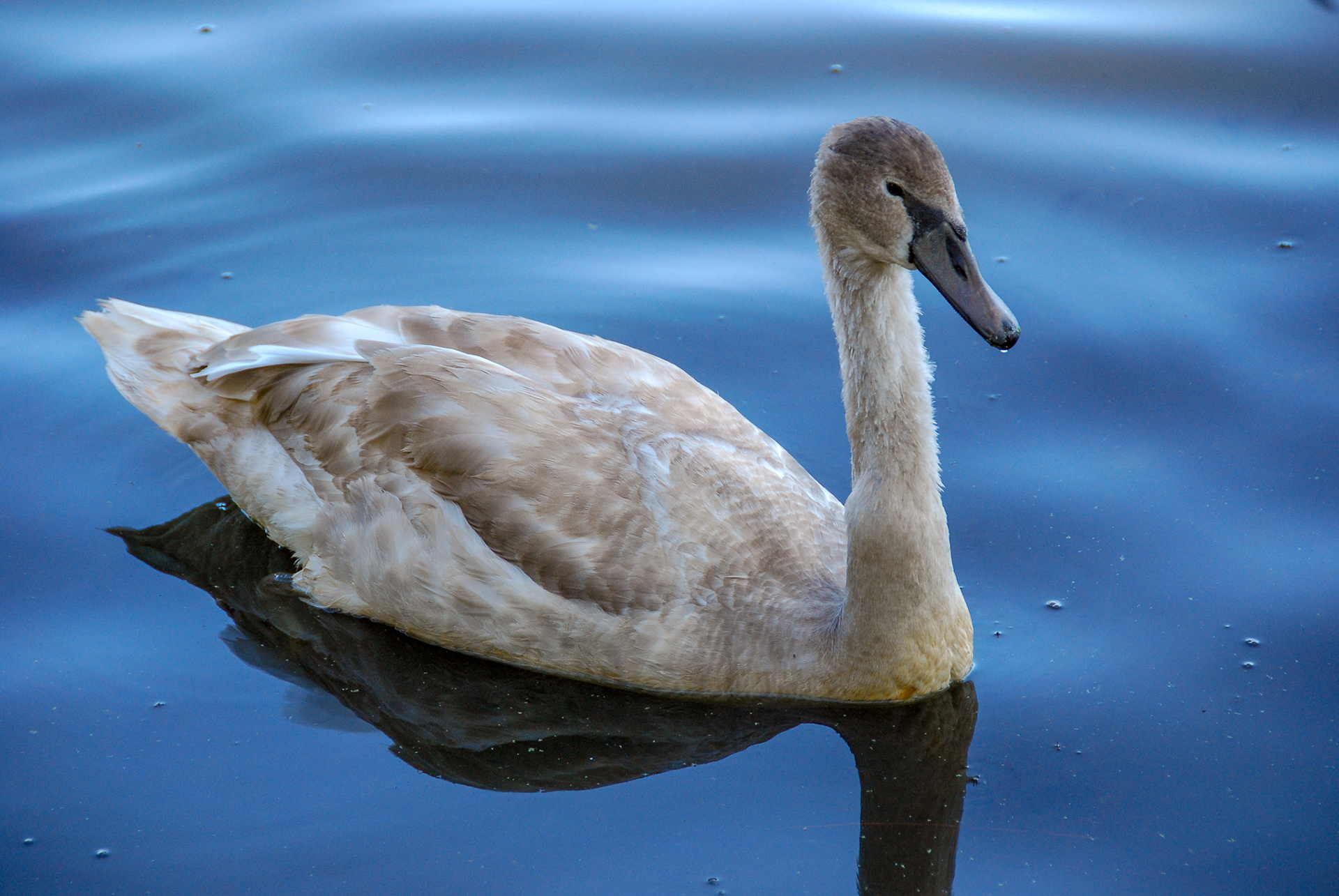 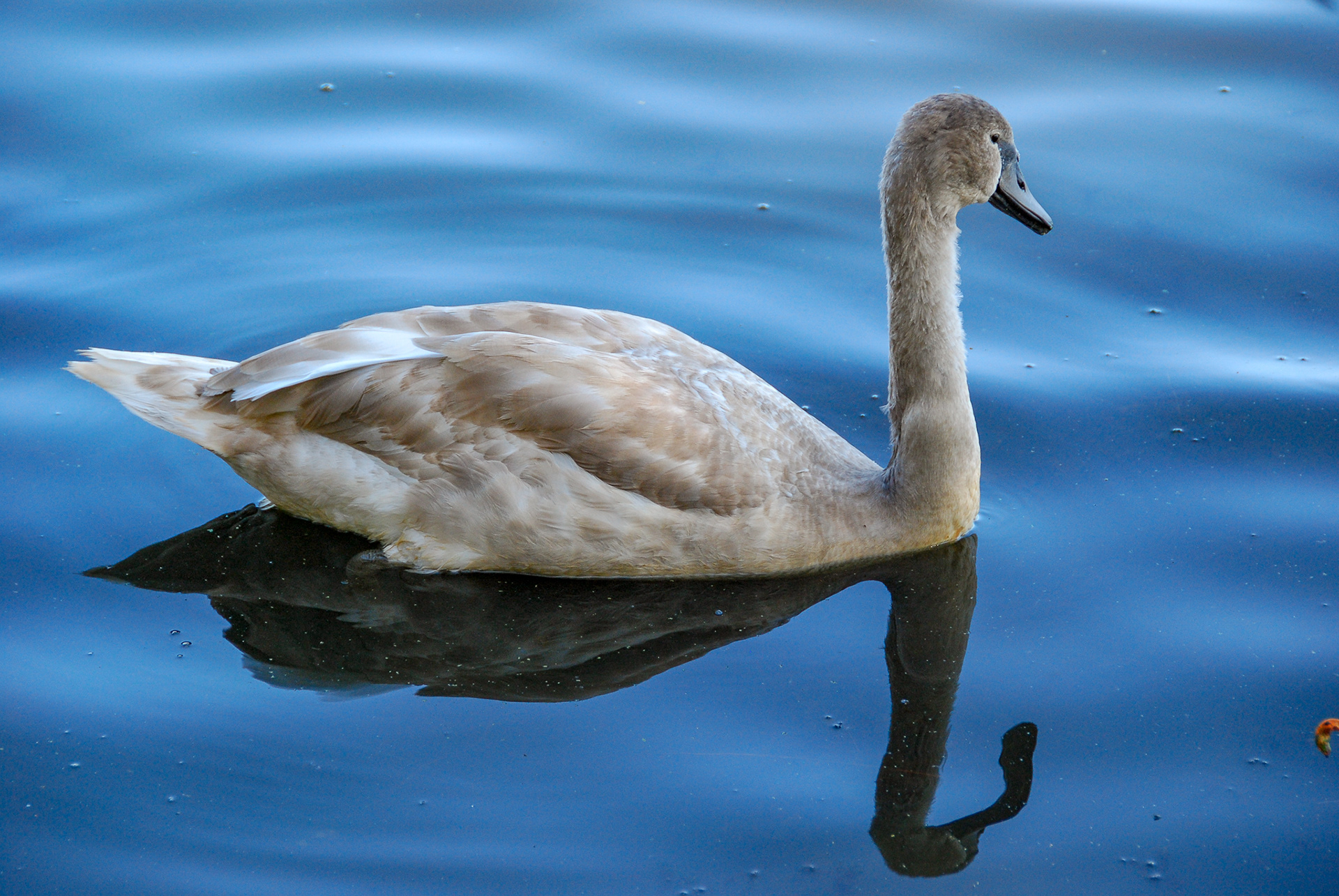 It was late September in 2009, shortly after noon, when the wind suddenly died, the pond became calm, and the light turned soft and luminous. These two beauties had been loitering nearby, in the hope of a handout. Seizing the opportunity, I quickly snapped both, before conditions could change, or they could move away.

The Mallard is a male, as evidenced by its bright plumage.The swan is an adolescent, with white flight feathers just beginning to appear. Within weeks, its parents would be giving it flying lessons over the pond. These are among my favorite photographs from that period.

Promenade
↑Back to Top