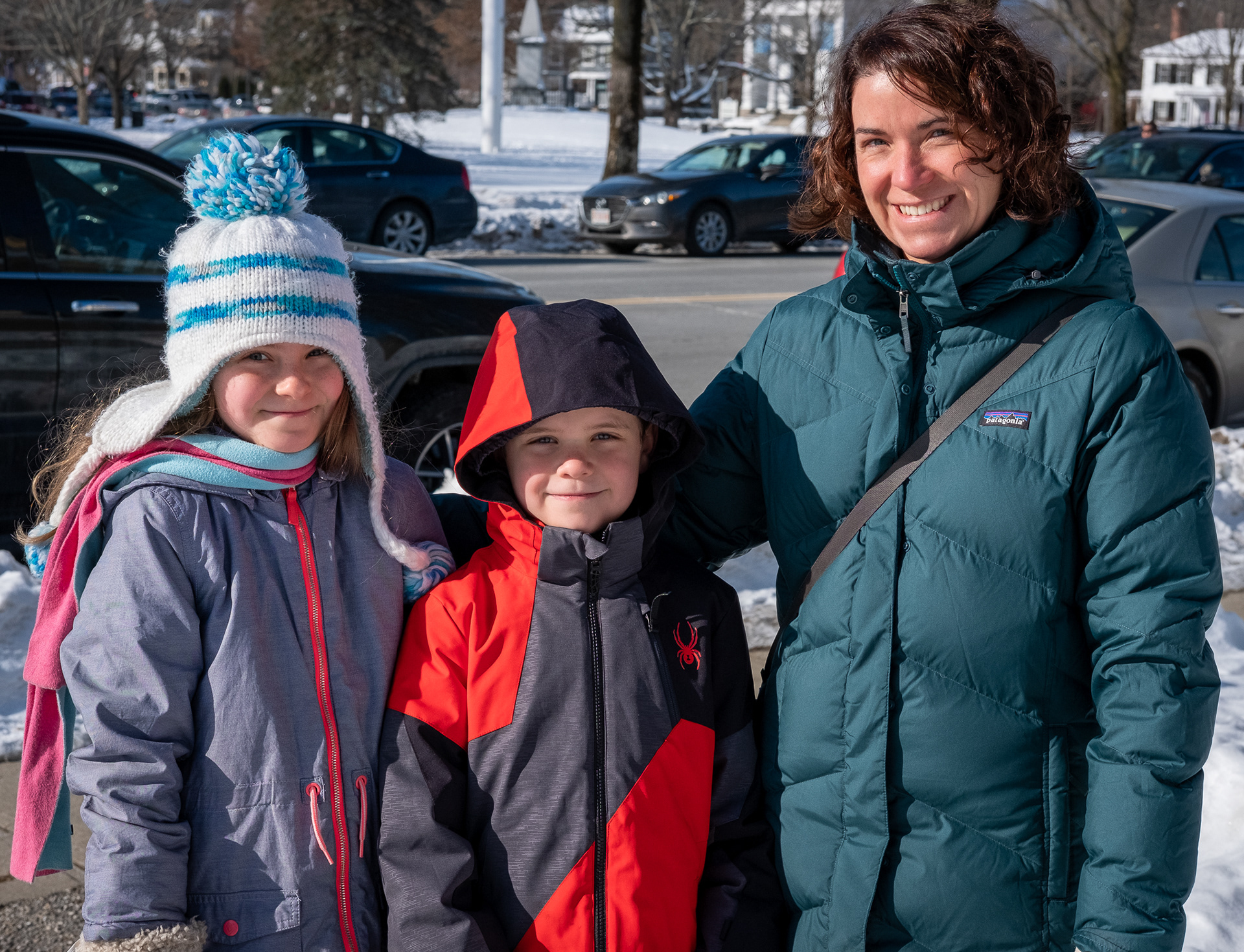 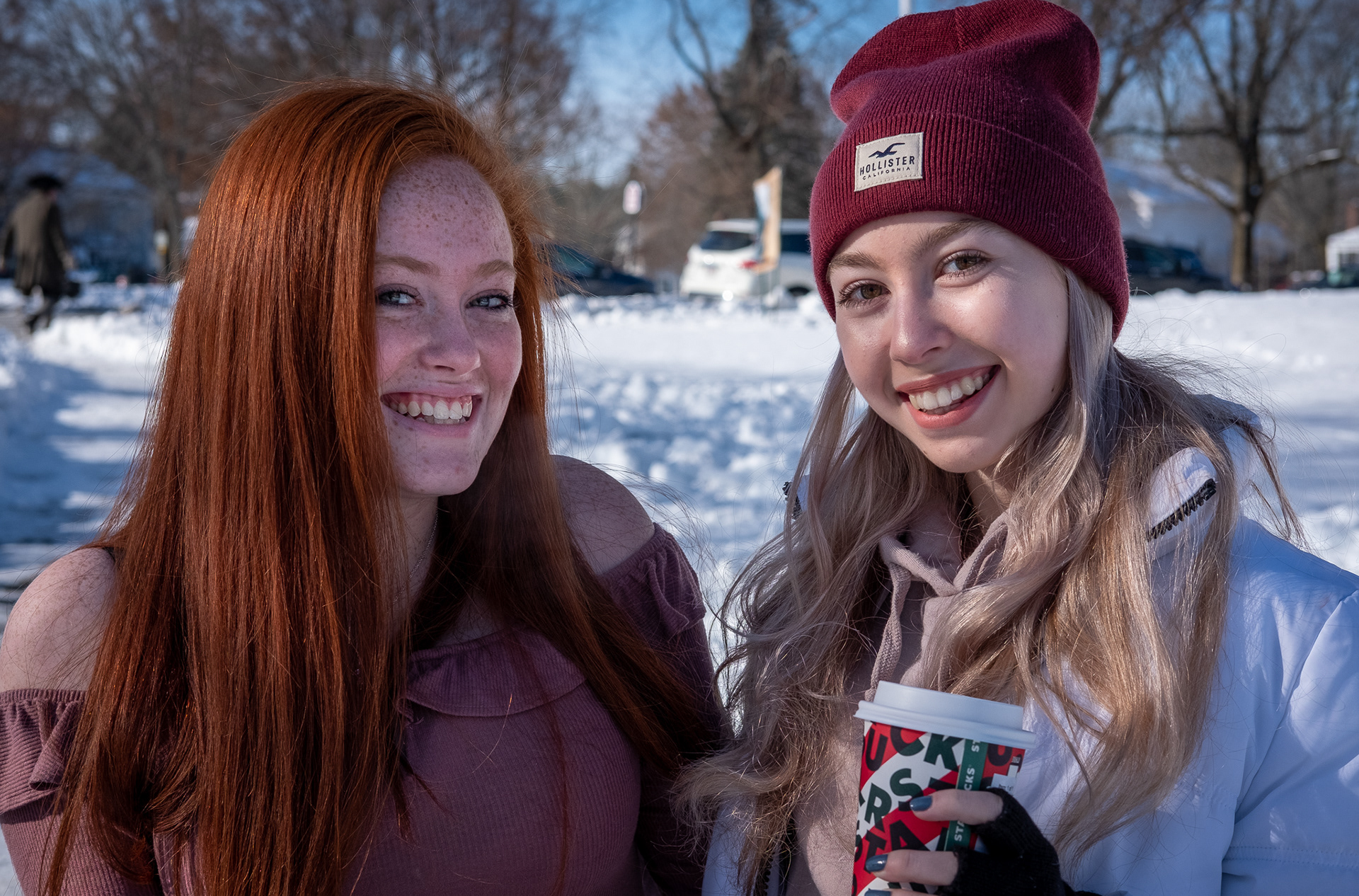 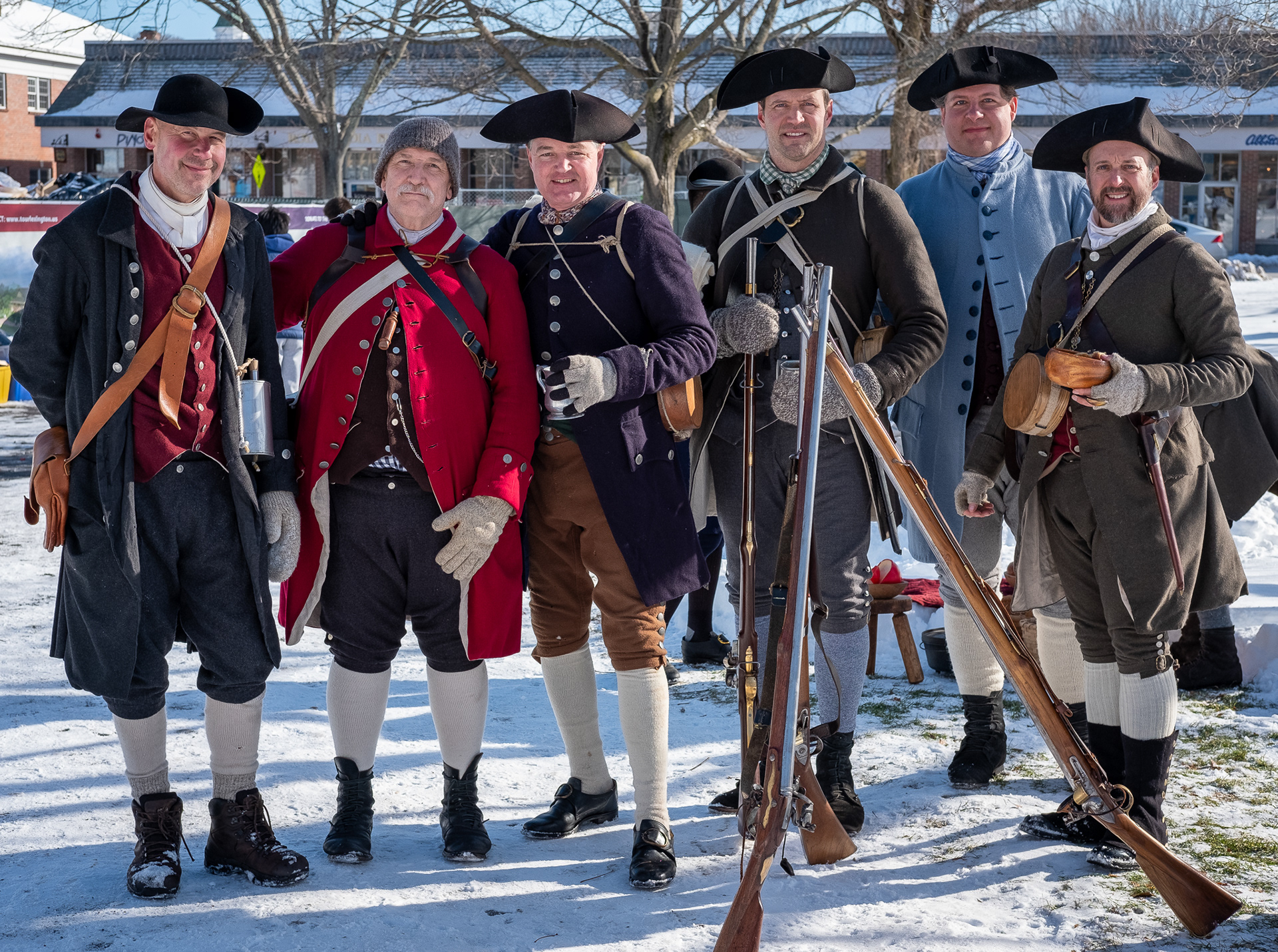 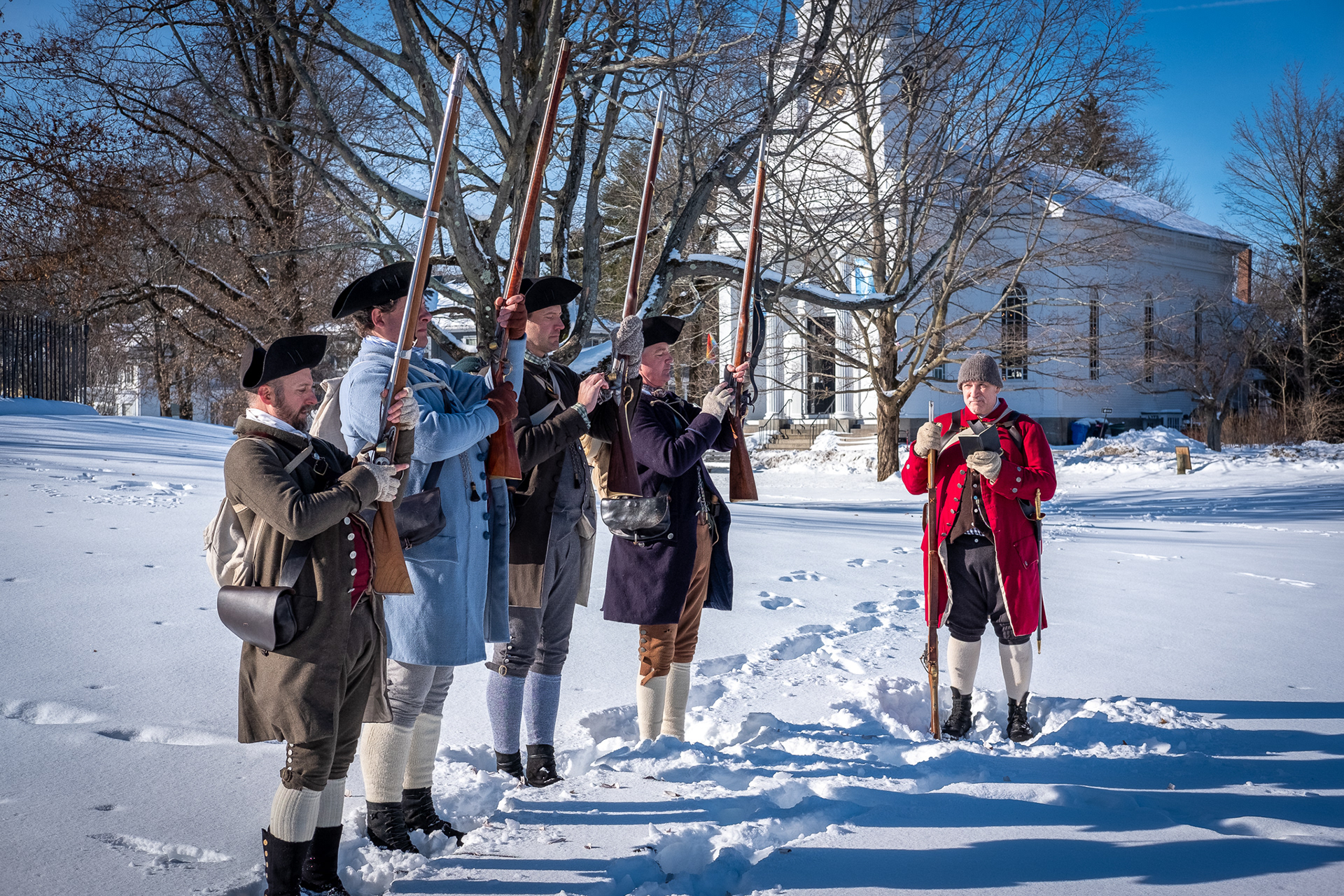 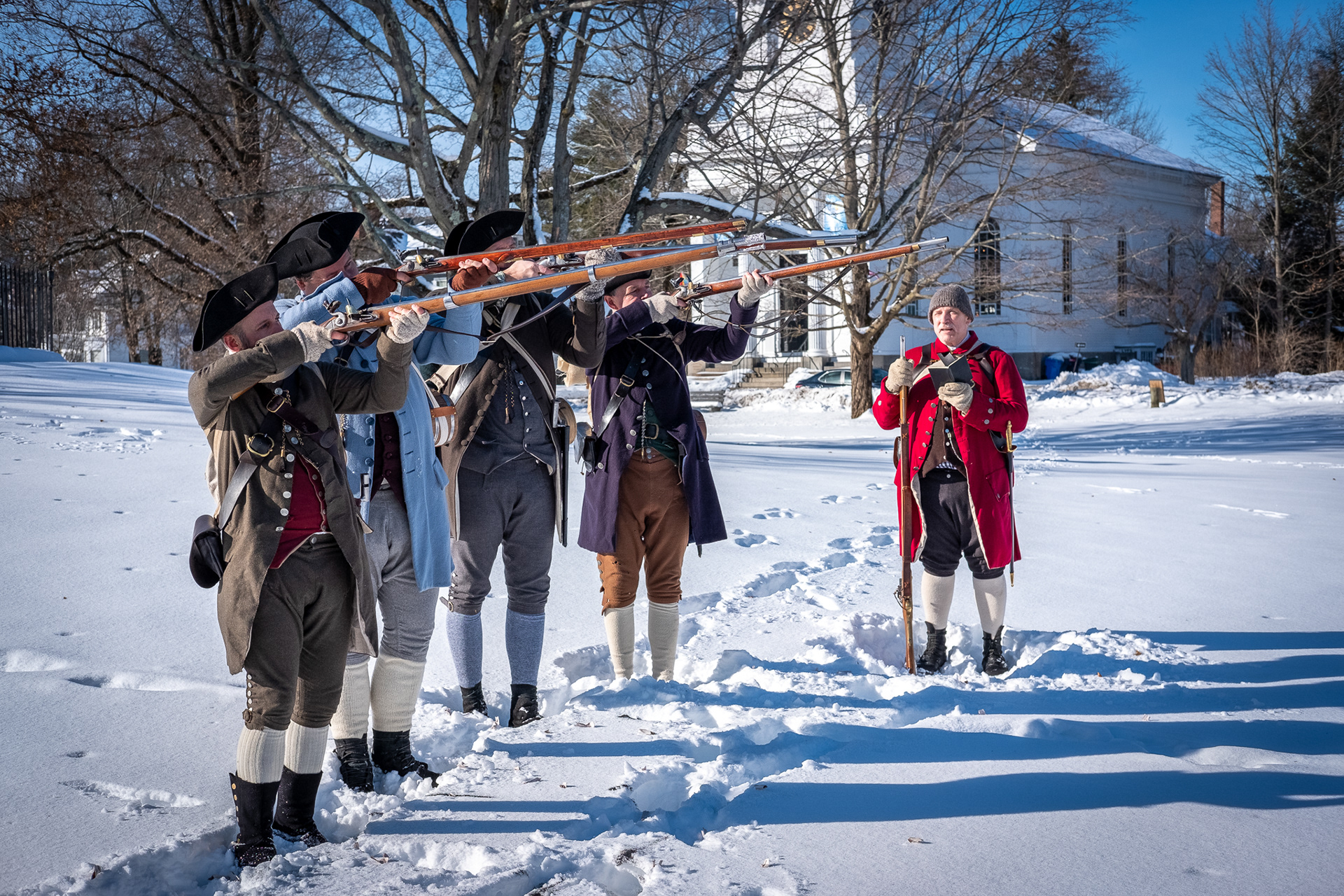 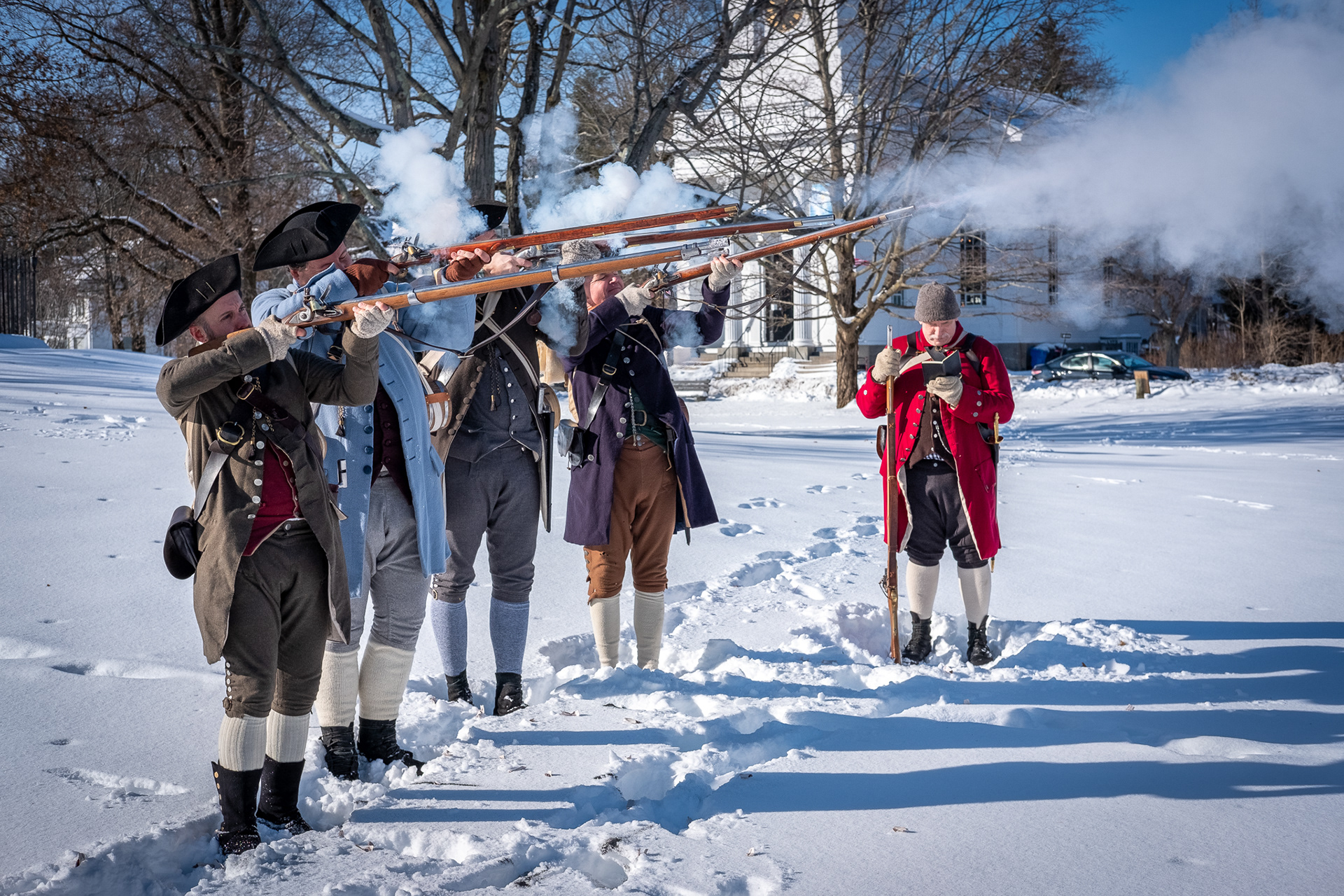 On Lexington’s Battle Green, re-enactors fire off one salute for each of the eight Minutemen killed in the early morning hours of April 19, 1775, during a skirmish with British troops that marked the start of the American War of Independence. 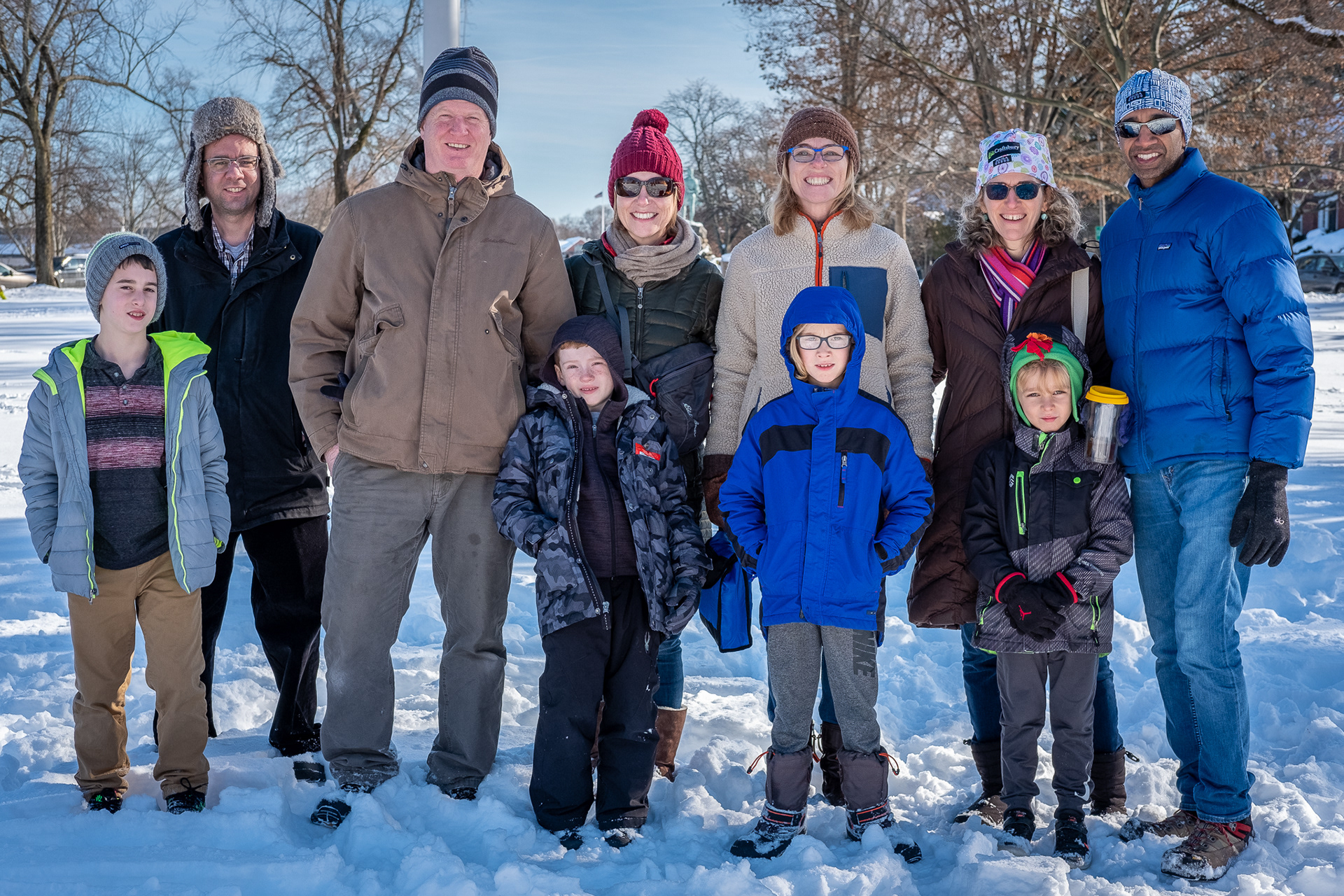 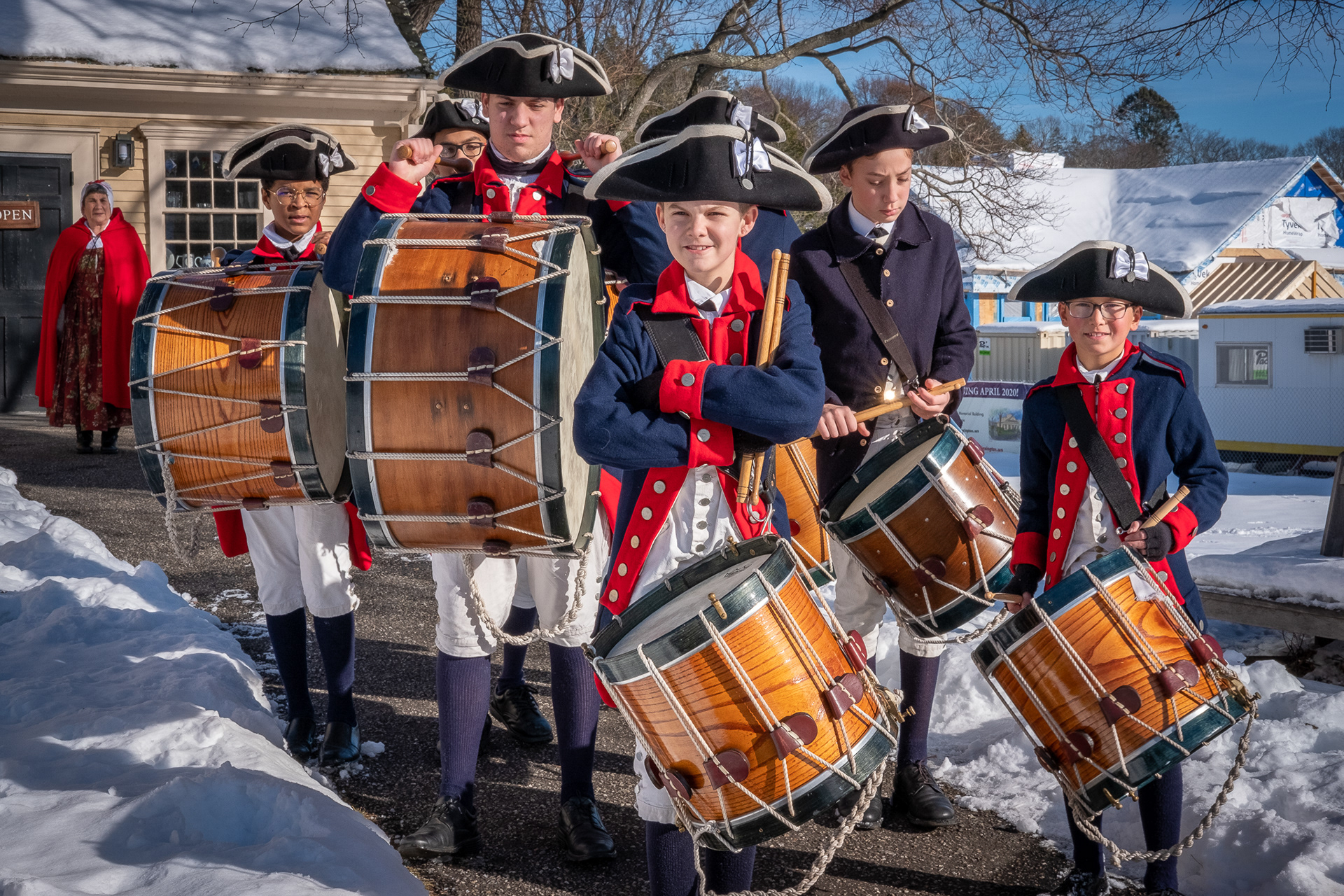 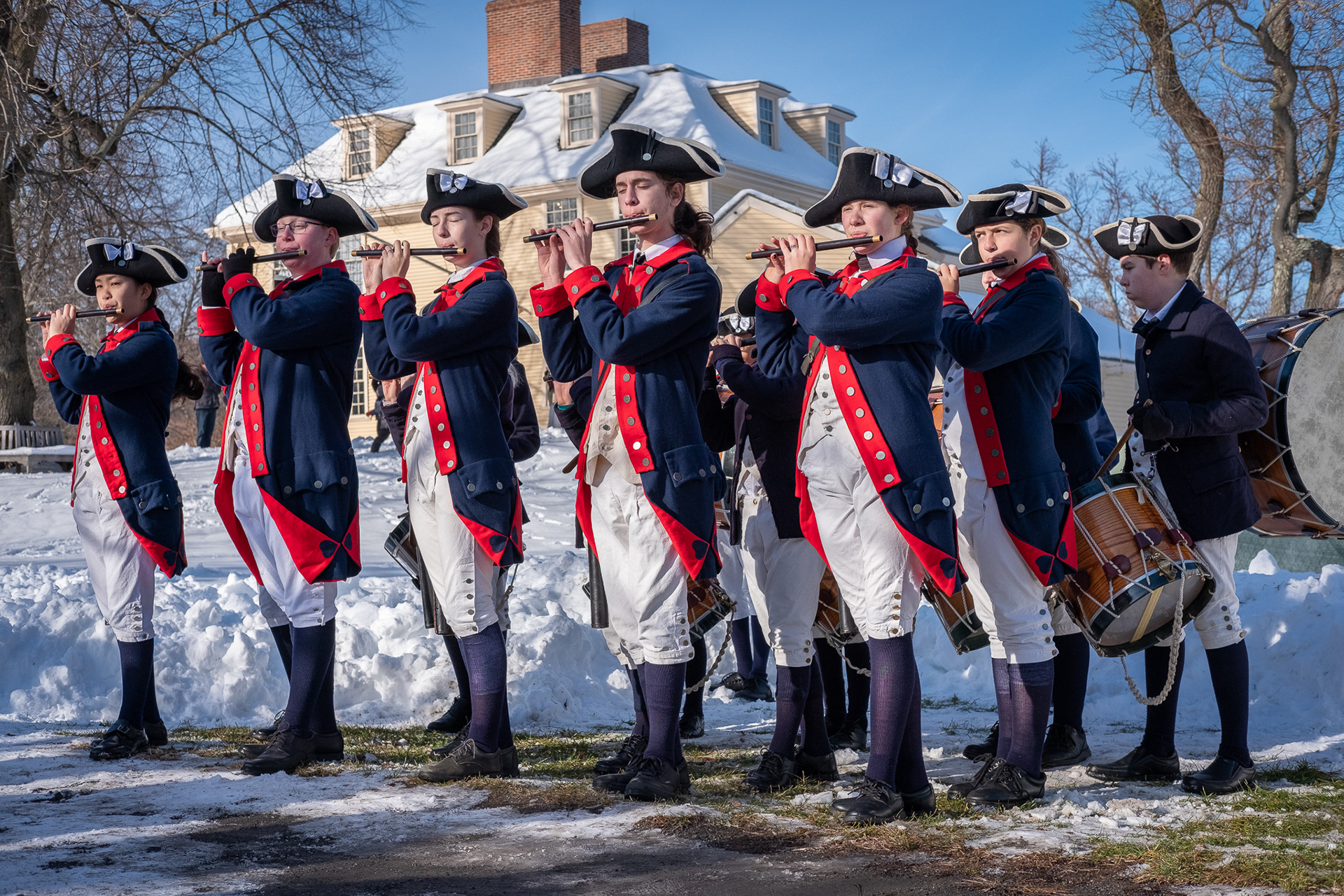 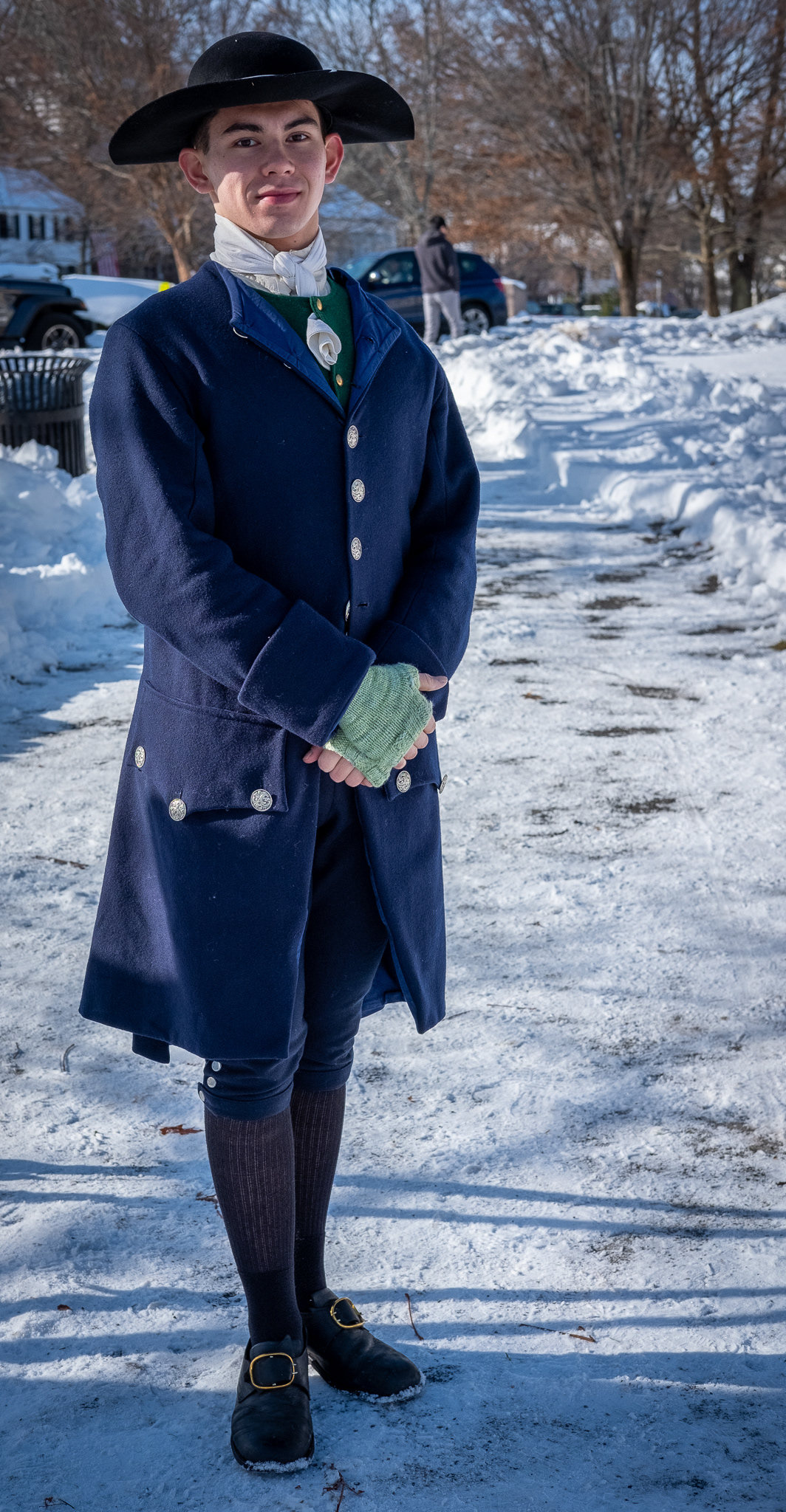 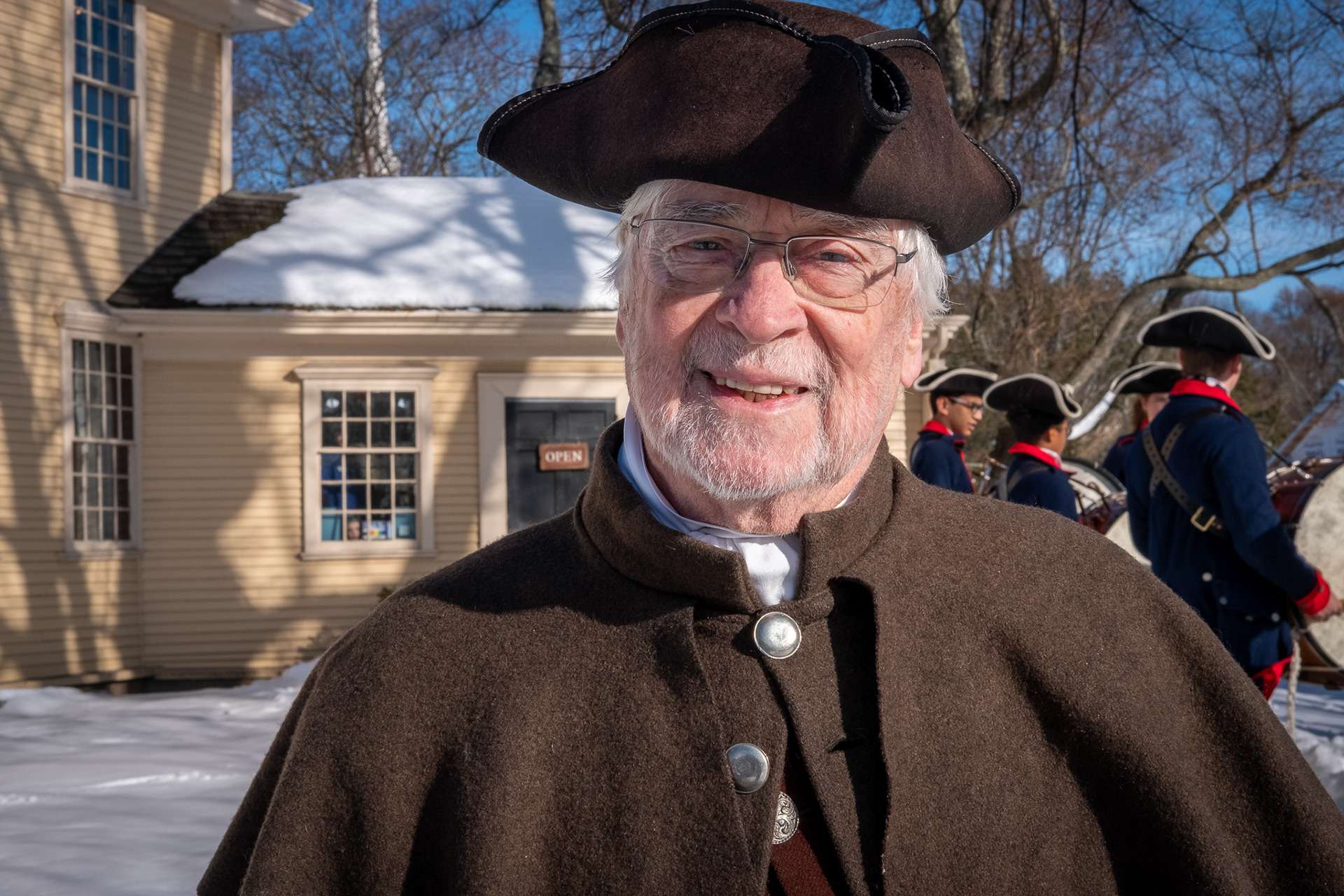 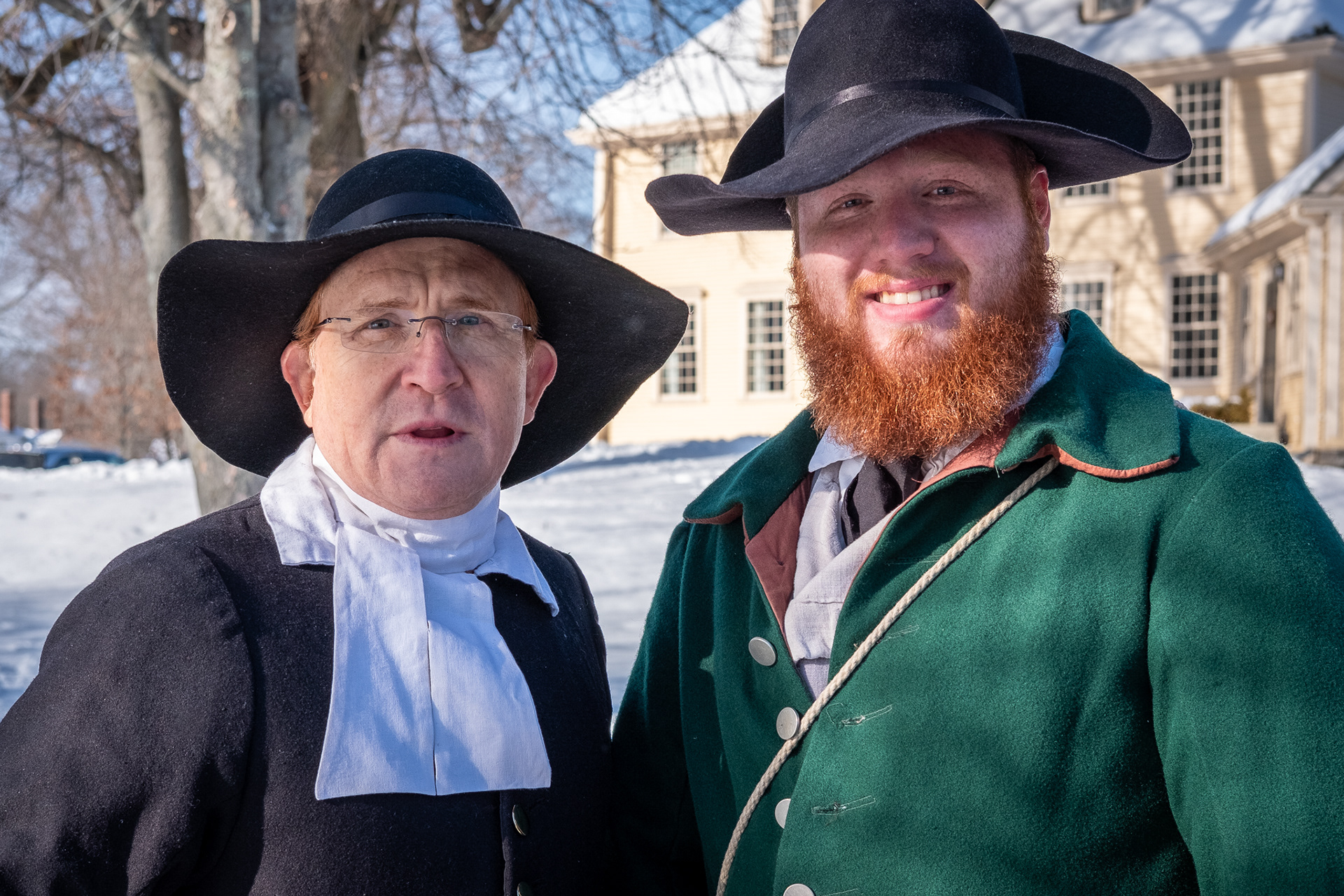 Re-enactors, including one playing the Reverend Jonas Clarke, a pastor in Lexington for 50 years, and an intellectual light of the revolutionary era. In the background is the famous Buckman Tavern. 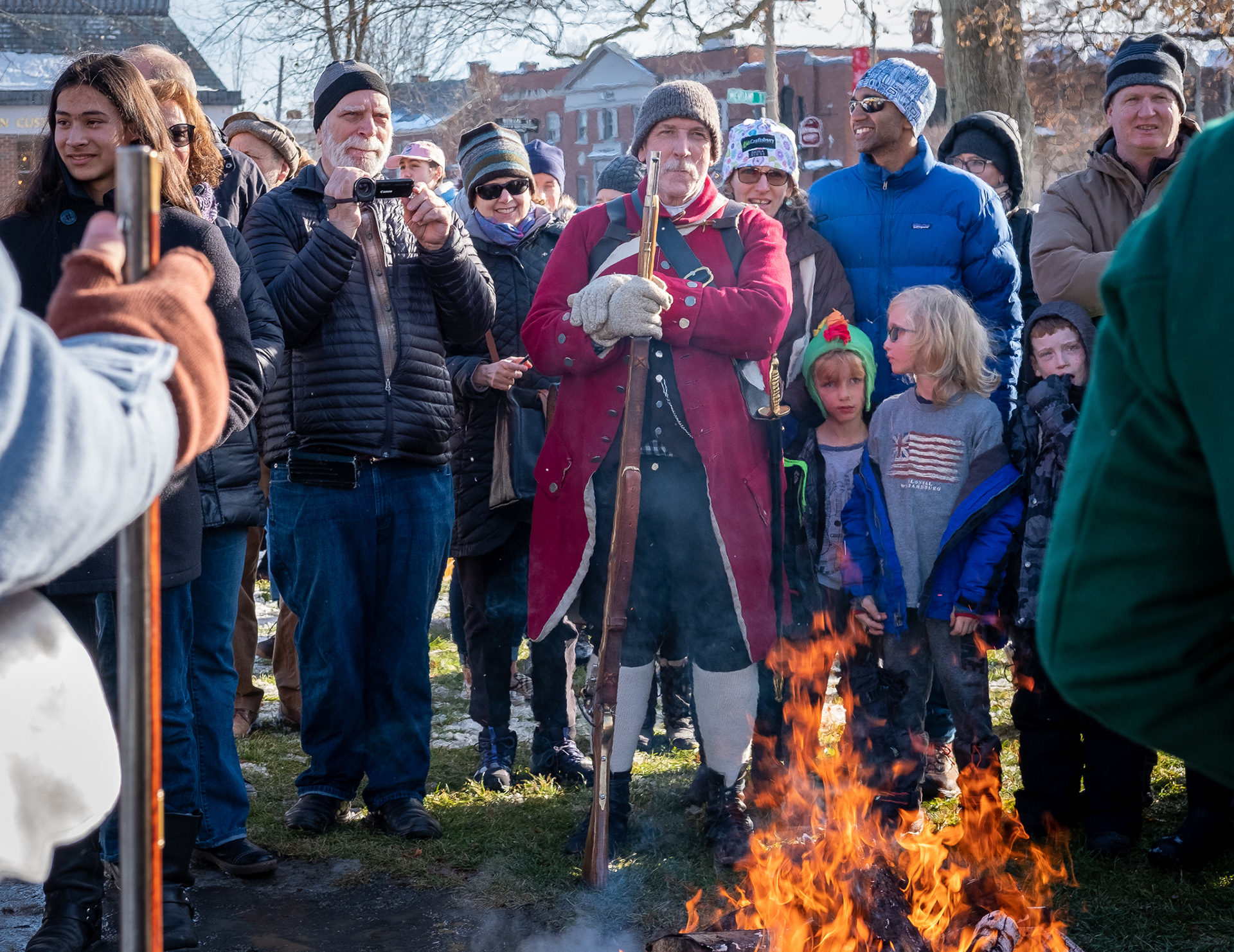 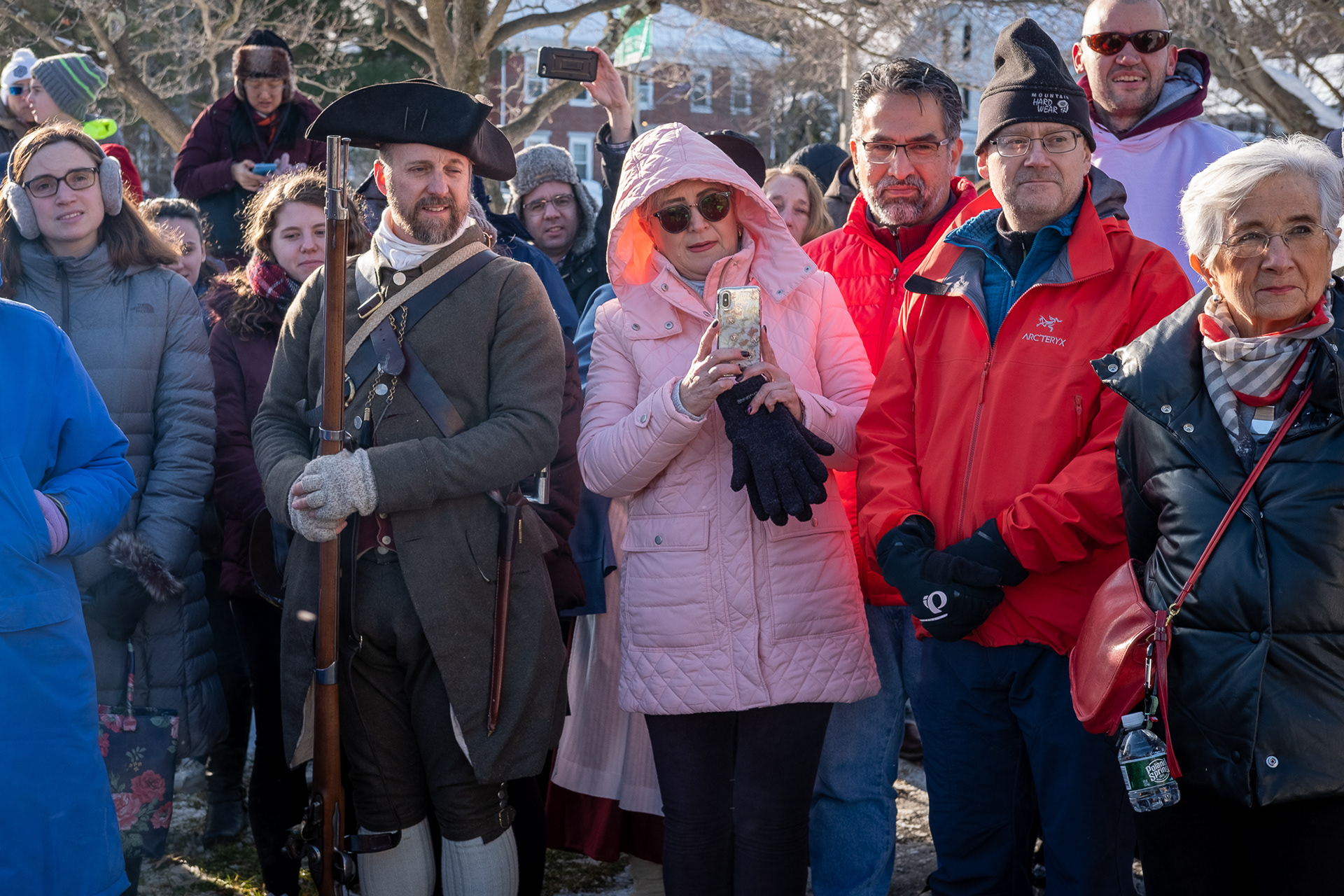 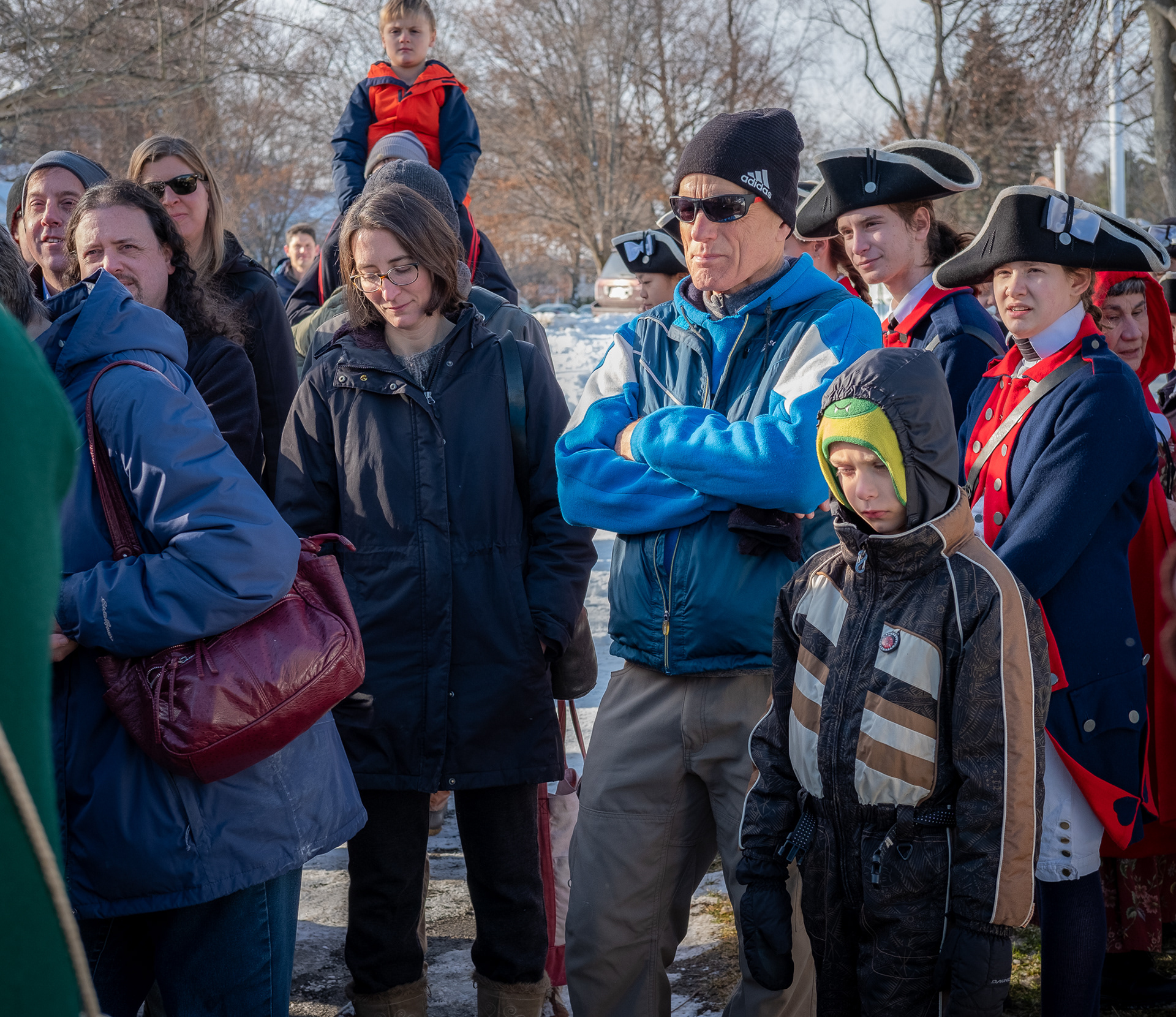 Residents and visitors gathered around the fire to hear a fiery call to resistance by Reverend Jonas Clarke’s re-enactor. 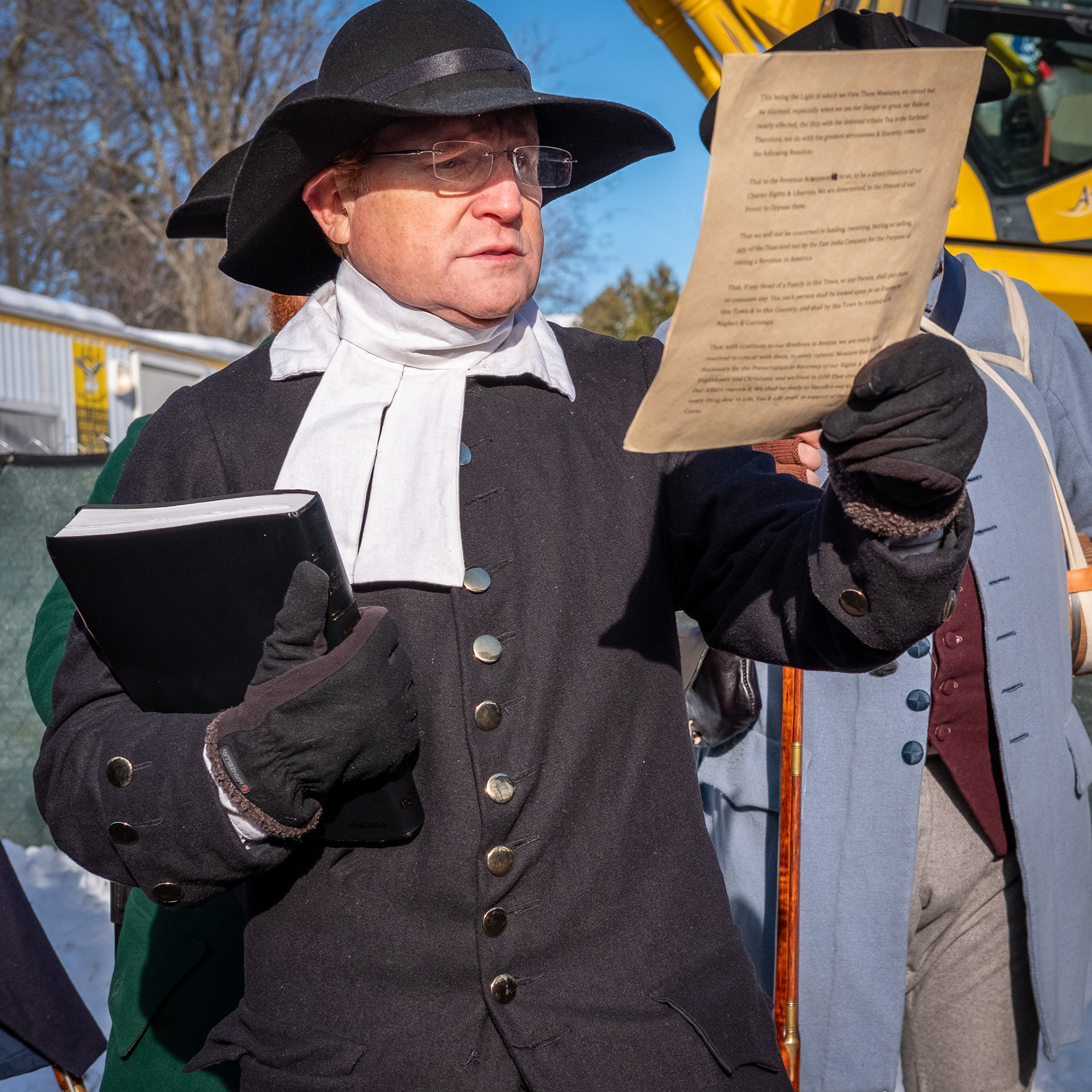 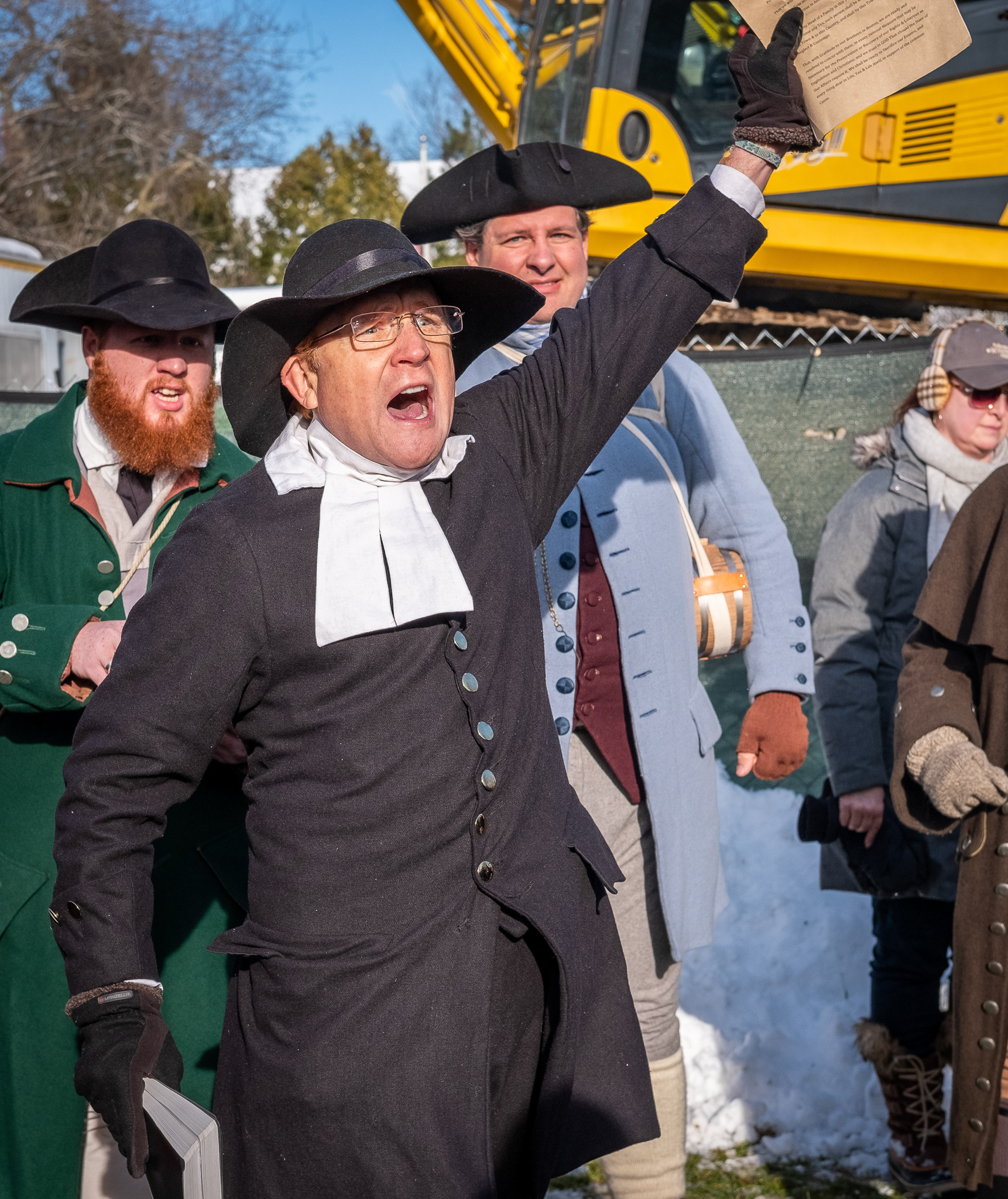 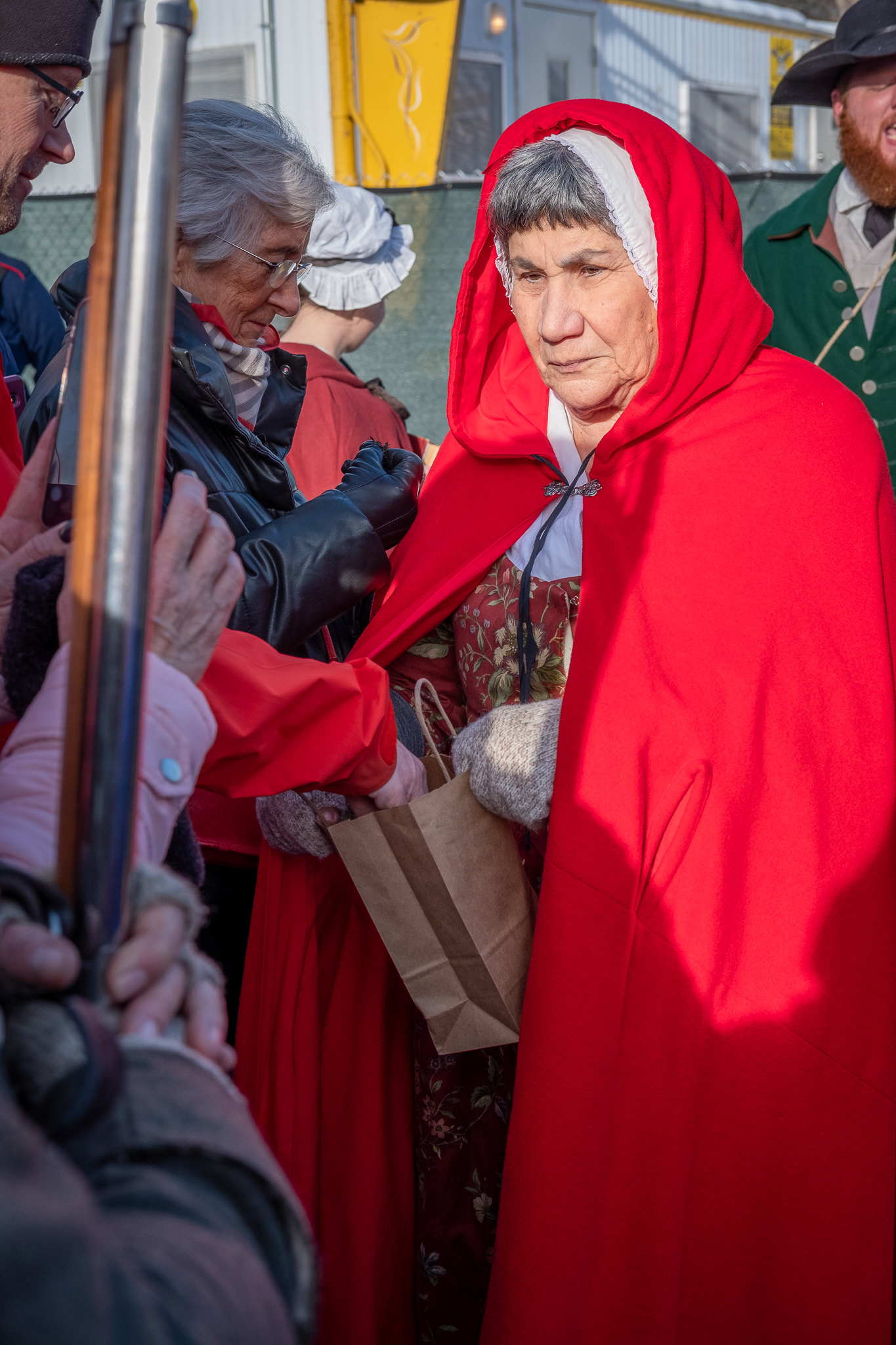 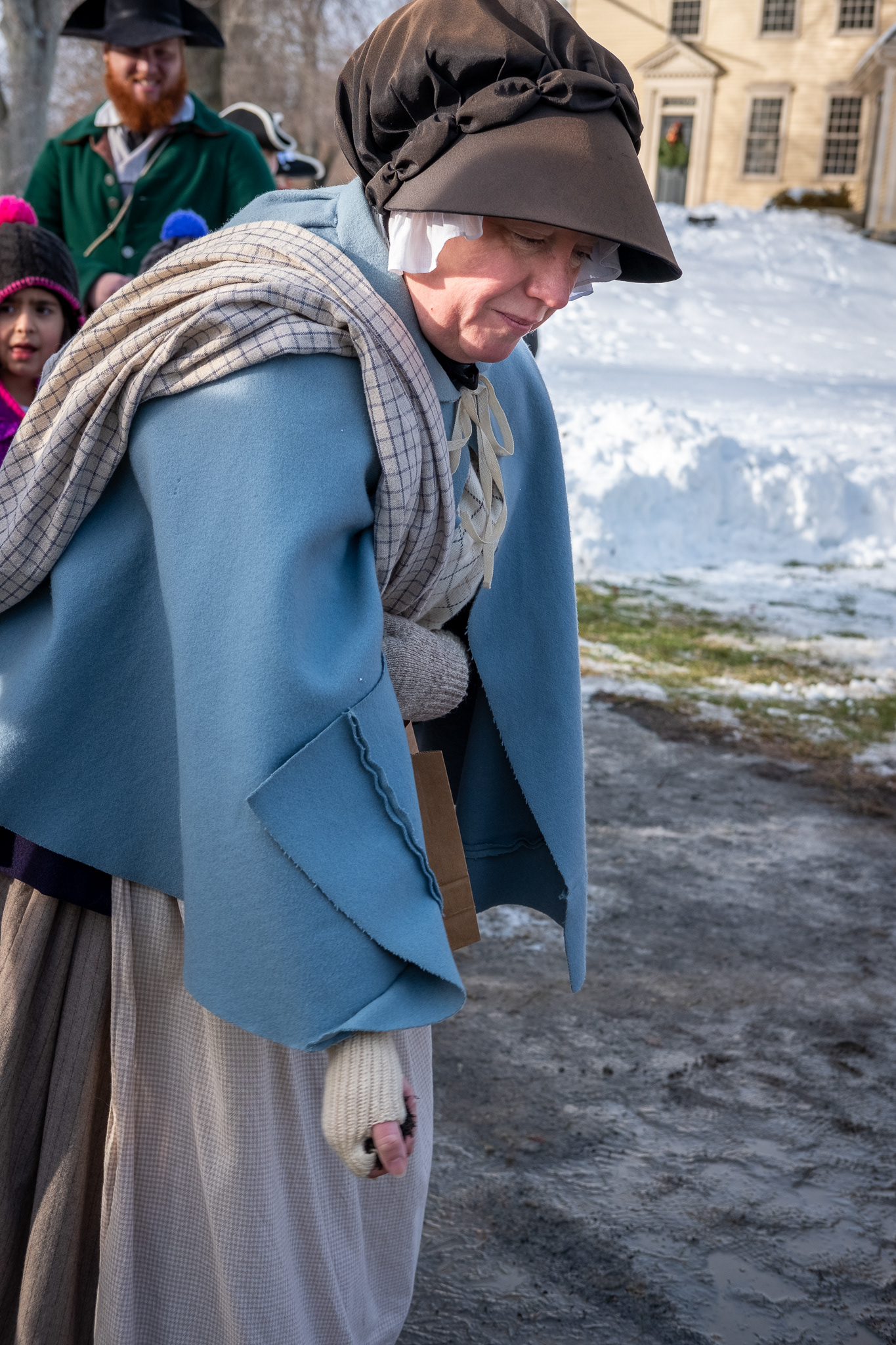 A re-enactor delivering Reverend Jonas Clarke's fervent call to resist the new British tax on tea. The woman in scarlet is handing out tea to onlookers, to be thrown on the fire. The women in blue is doing her bit. 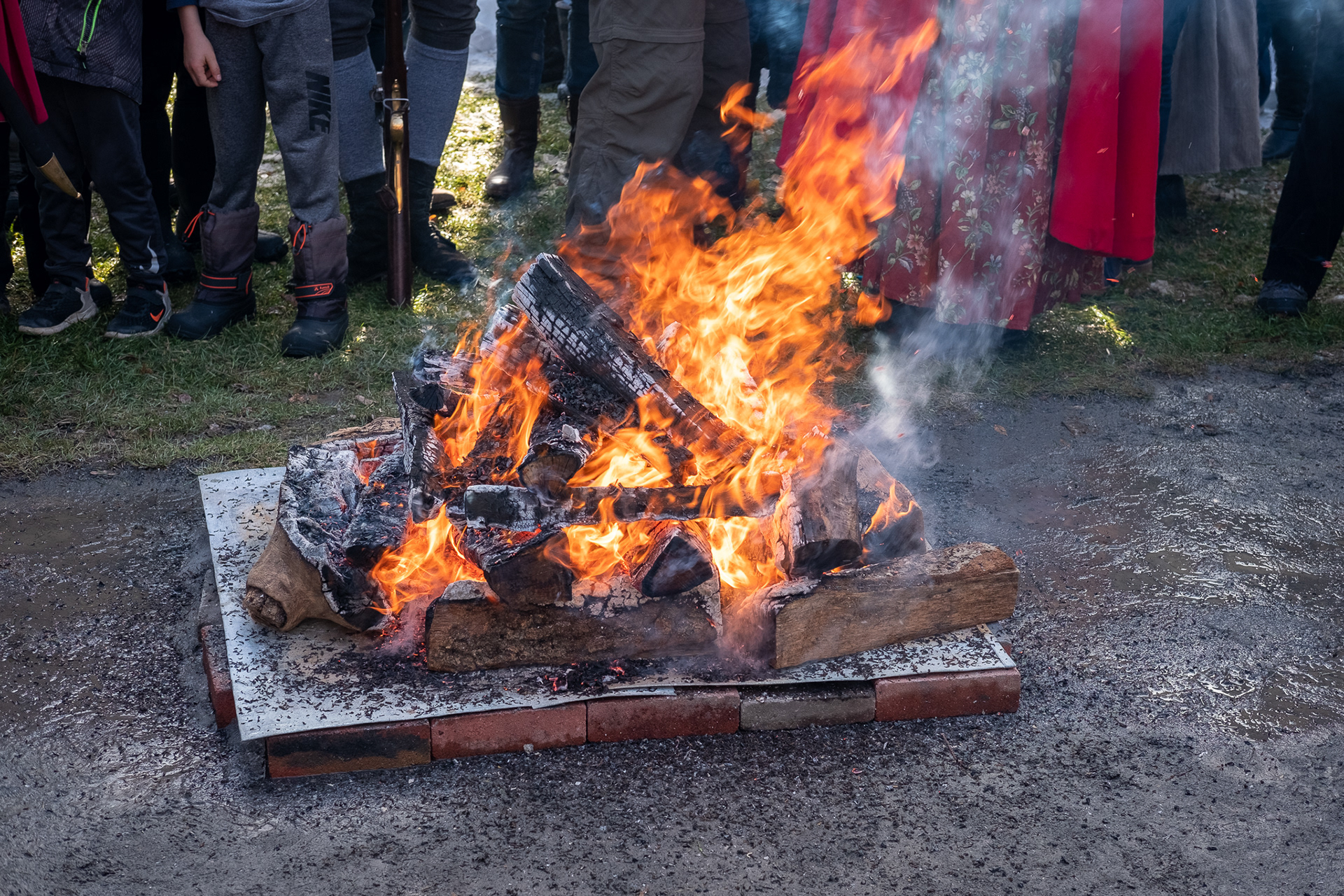 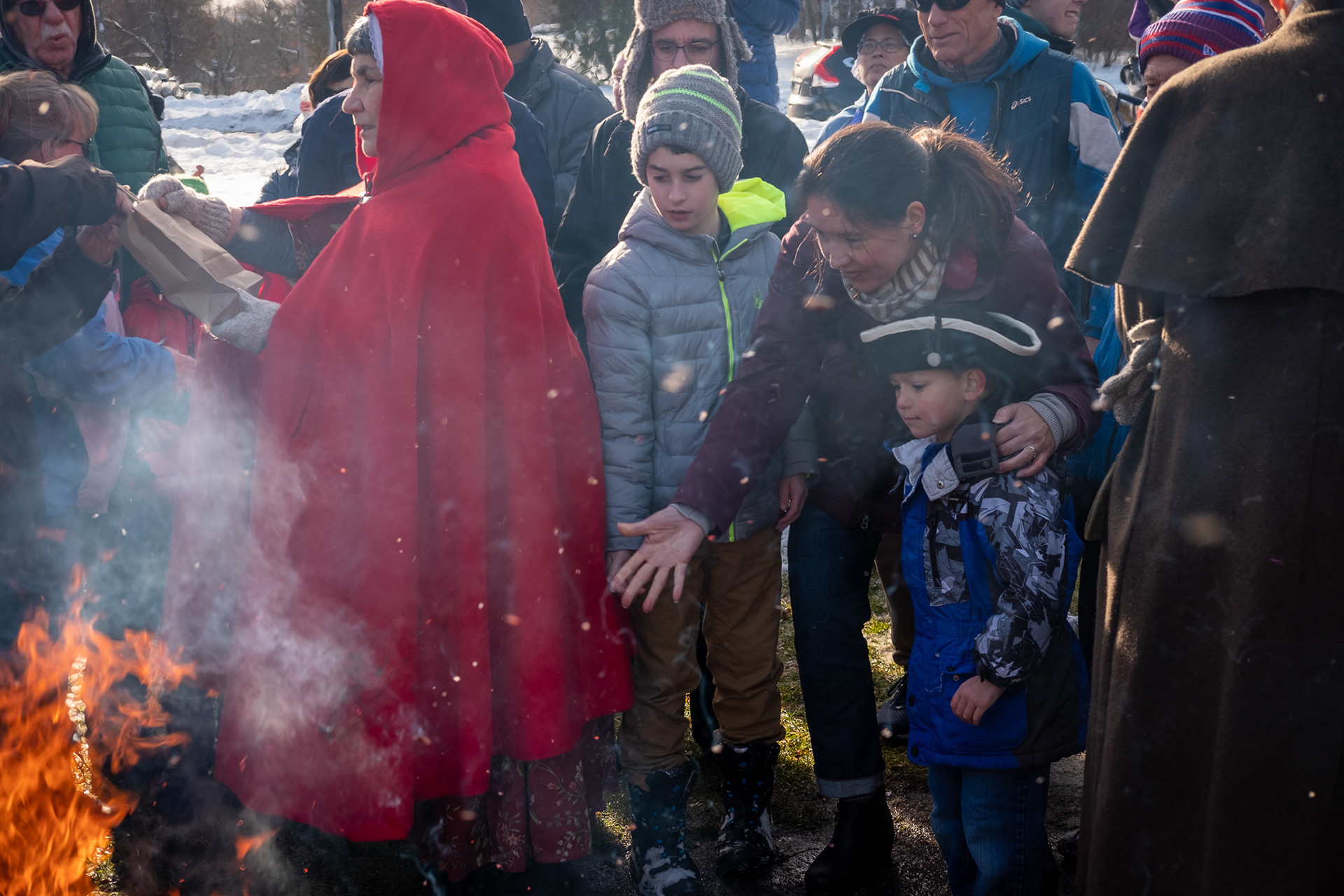 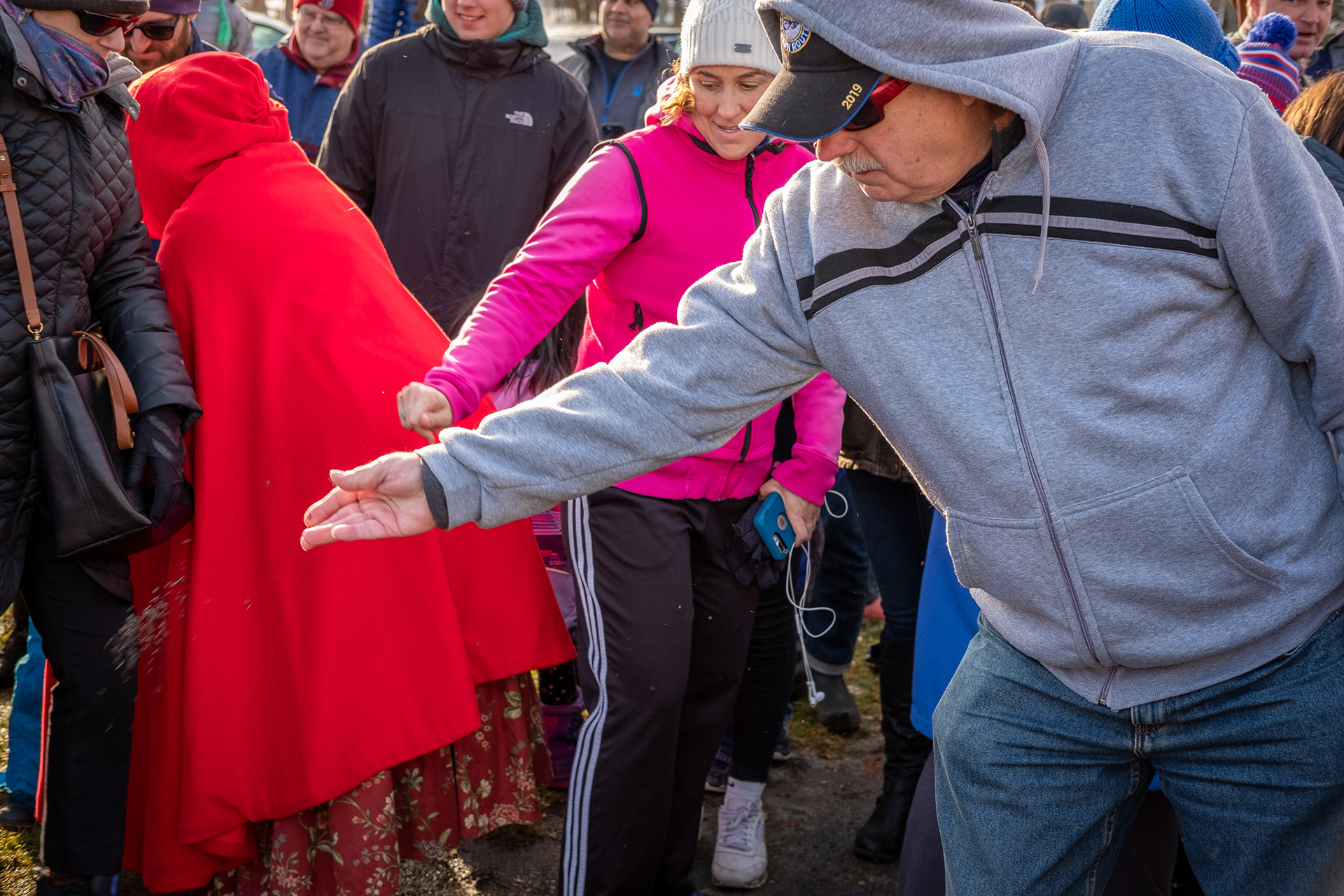 Throwing tea on the fire. Surrounding towns, upon hearing of Lexington’s tea burning, conducted similar ceremonies of resistance, in solidarity with the people of Boston. 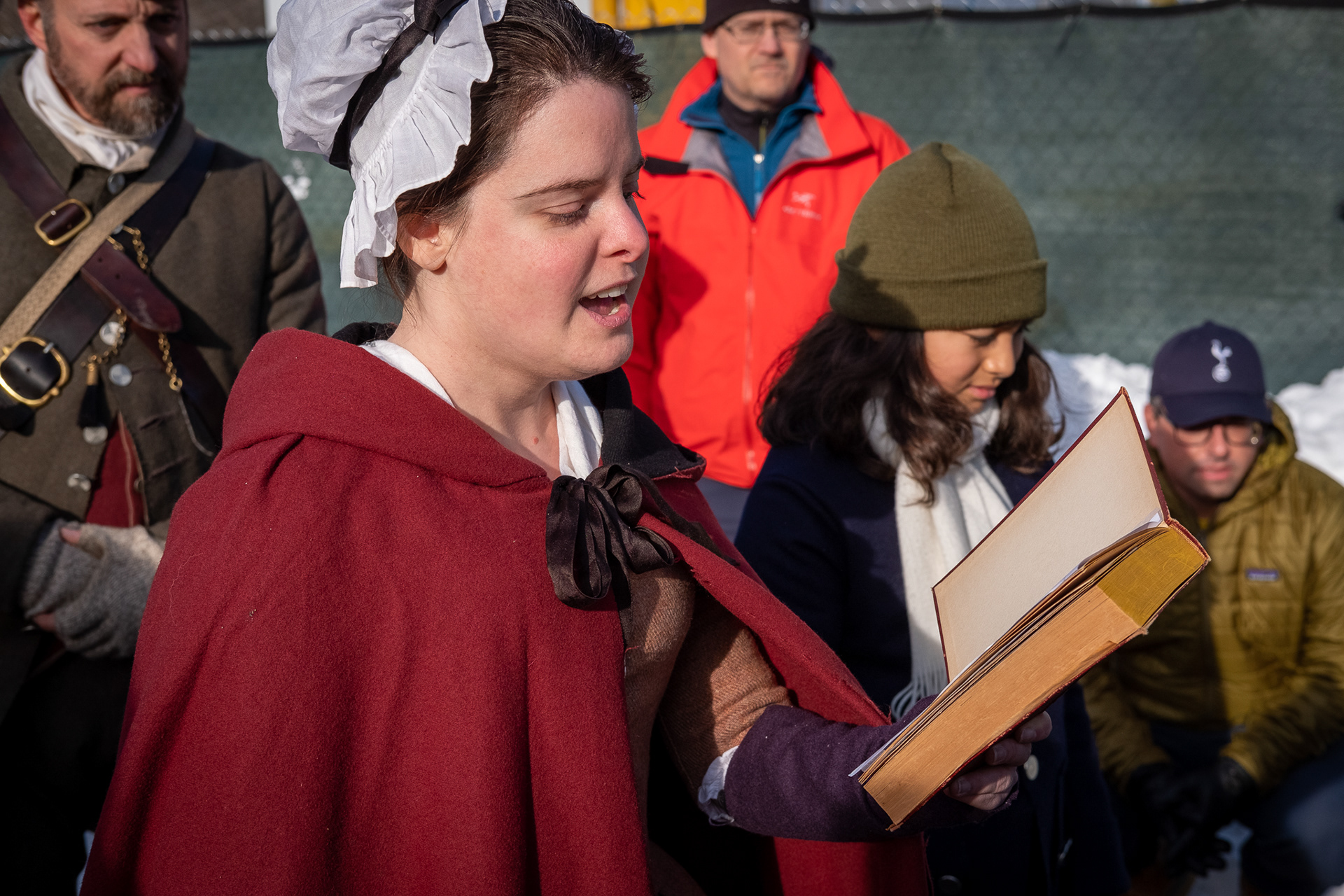 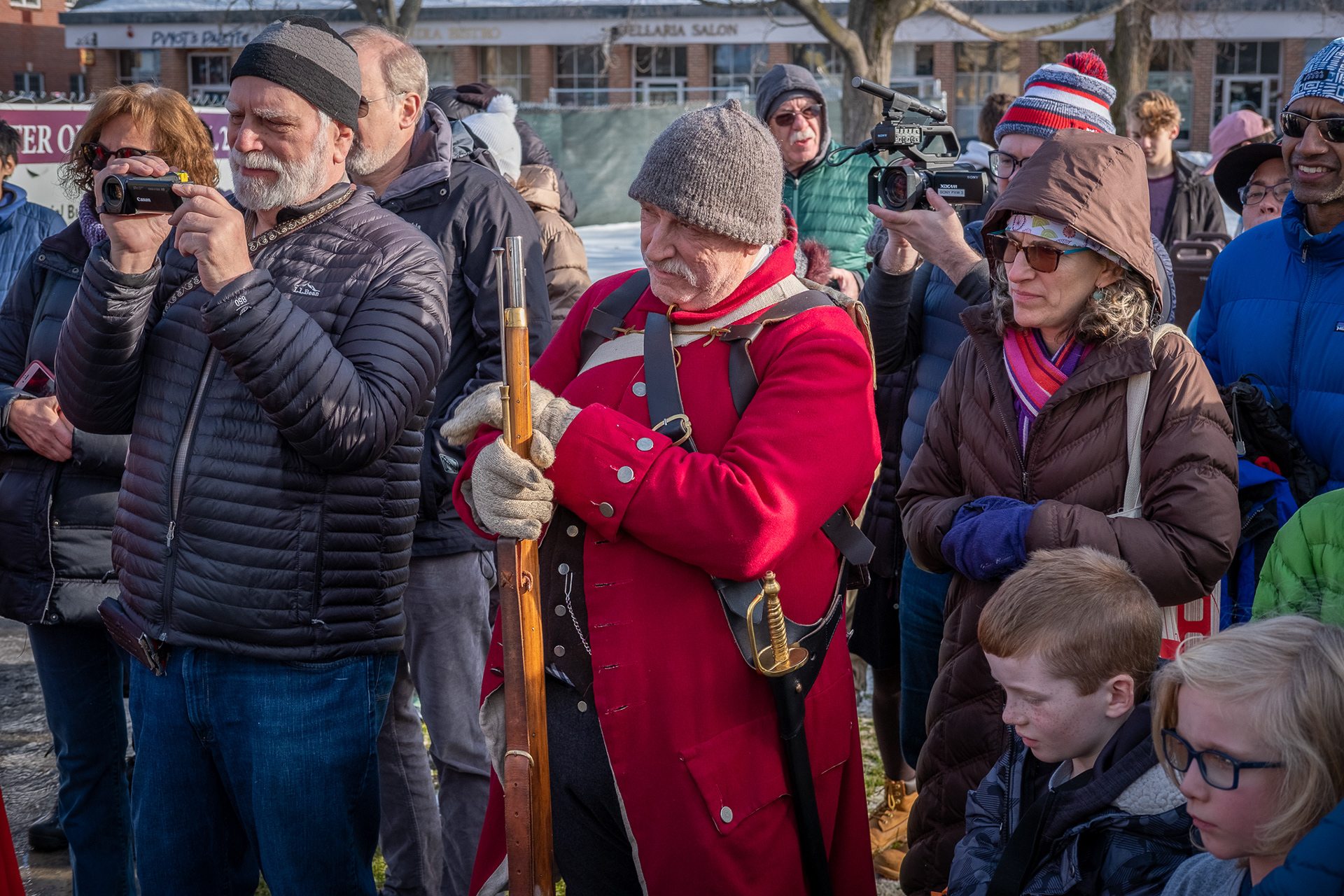 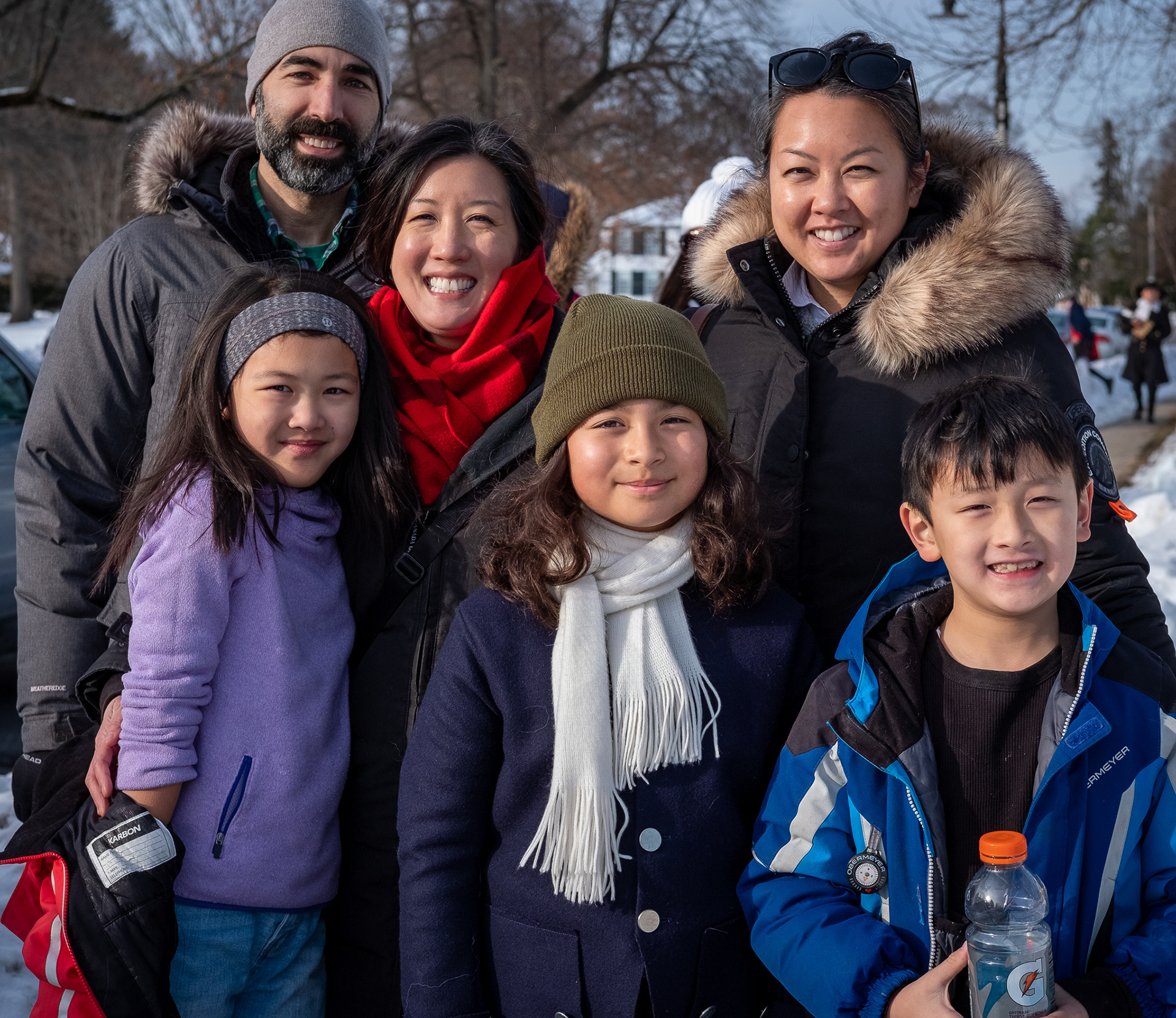 A reading, and onlookers. The Minuteman re-enactor in the middle frame was the "sergeant."
The emotion was palpable, as residents and visitors listened to a superb re-enactment of Reverend Jonas Clarke’s fervent call to resist the new British tax on tea. The original event occurred on December 13, 1773, three days before the iconic Boston Tea Party. Here’s a description of the Lexington event from Lexington’s Colonial Times Magazine (2015):
Three days before the Boston Tea Party, citizens of Lexington burned all their tea in a common bonfire, and issued a stirring resolution supporting the people of Boston, announcing that anyone in Lexington who used tea would be treated “as an enemy of this town and this country.” The resolution also contained these fiery words which resonate down through history: “Should the State of Our Affairs require it, We shall be ready to Sacrifice our Estates, and every thing dear in Life, Yea & Life itself, in support of the common Cause.”
The resolution read out by Reverend Clarke and adopted by the townspeople in 1773 opposed the new tax for three reasons: 1) it not only raised money from the colonists that they were ill-prepared to pay, but it did so to cover the salaries of those whom they regarded as oppressors, the colonial governor and other officials loyal to the Crown; 2) it effectively gave the East India Company a monopoly in the importation of tea to the colonies, thereby setting a precedent that such monopolies could be extended to other areas of trade; and 3) most importantly, it was seen by the colonists as yet another example of "taxation without representation," in violation of their basic rights under the British constitution.​​​​​​​
For another dramatic story about this eventful period, see also, Buckman.

Bridge II
↑Back to Top