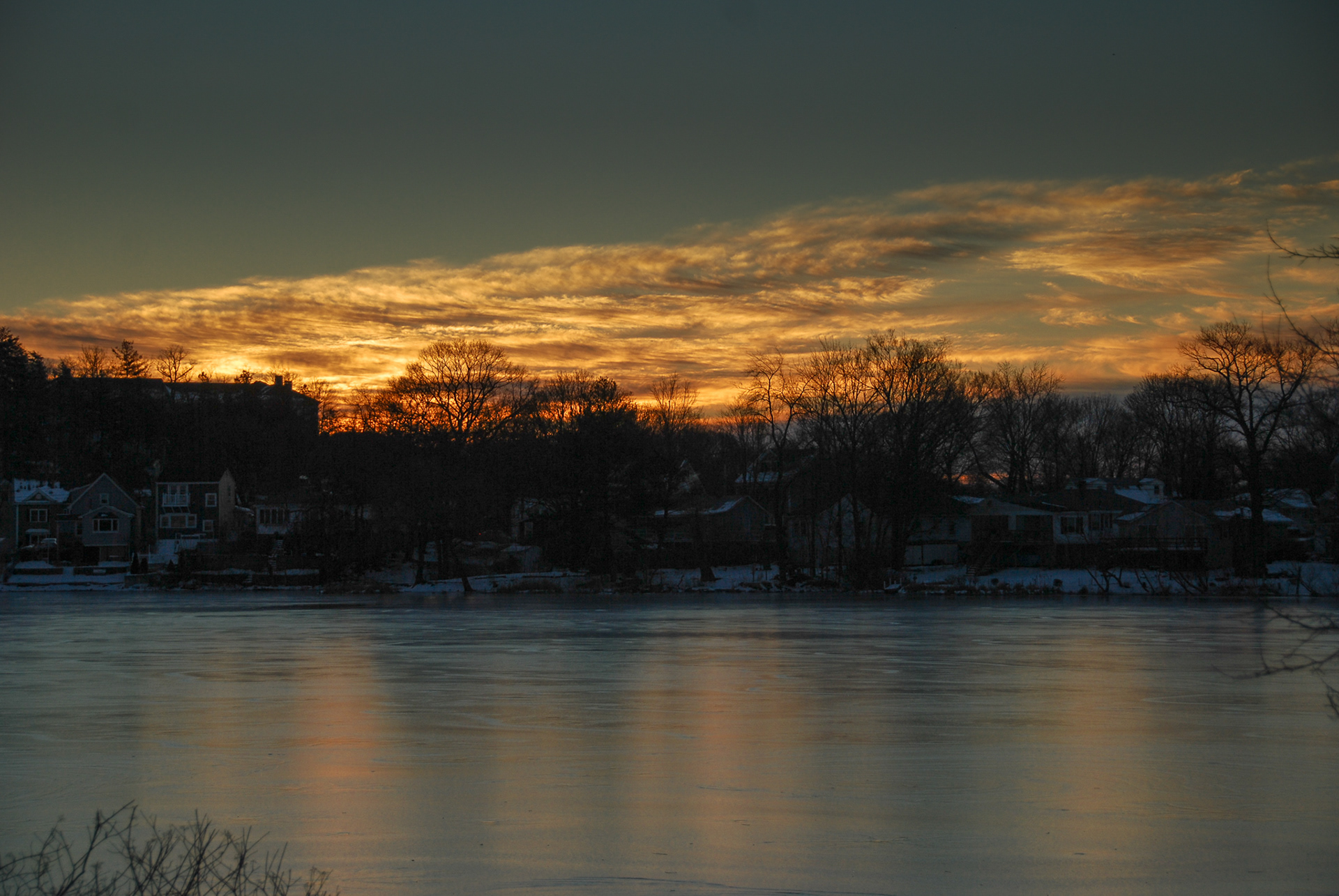 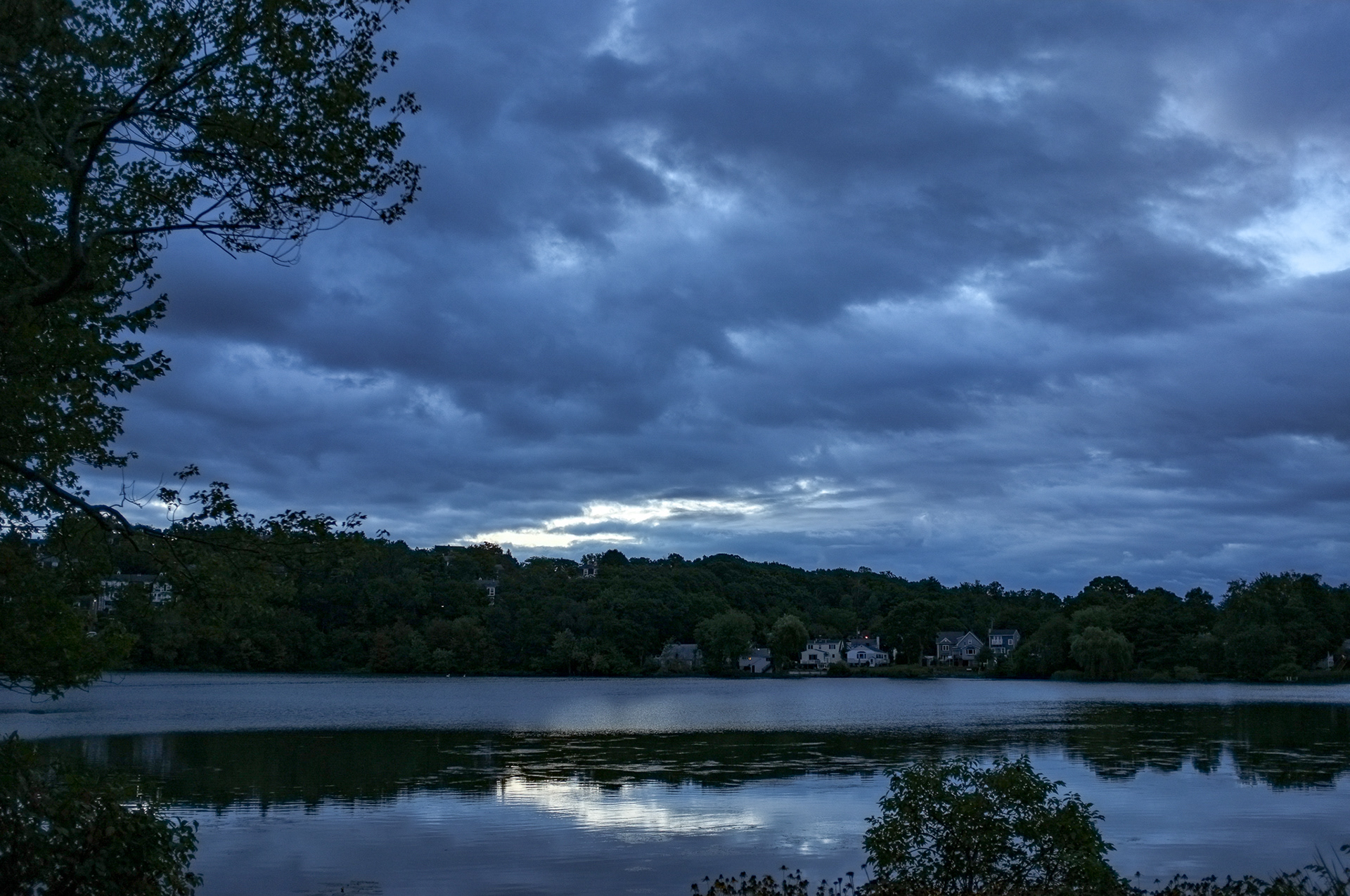 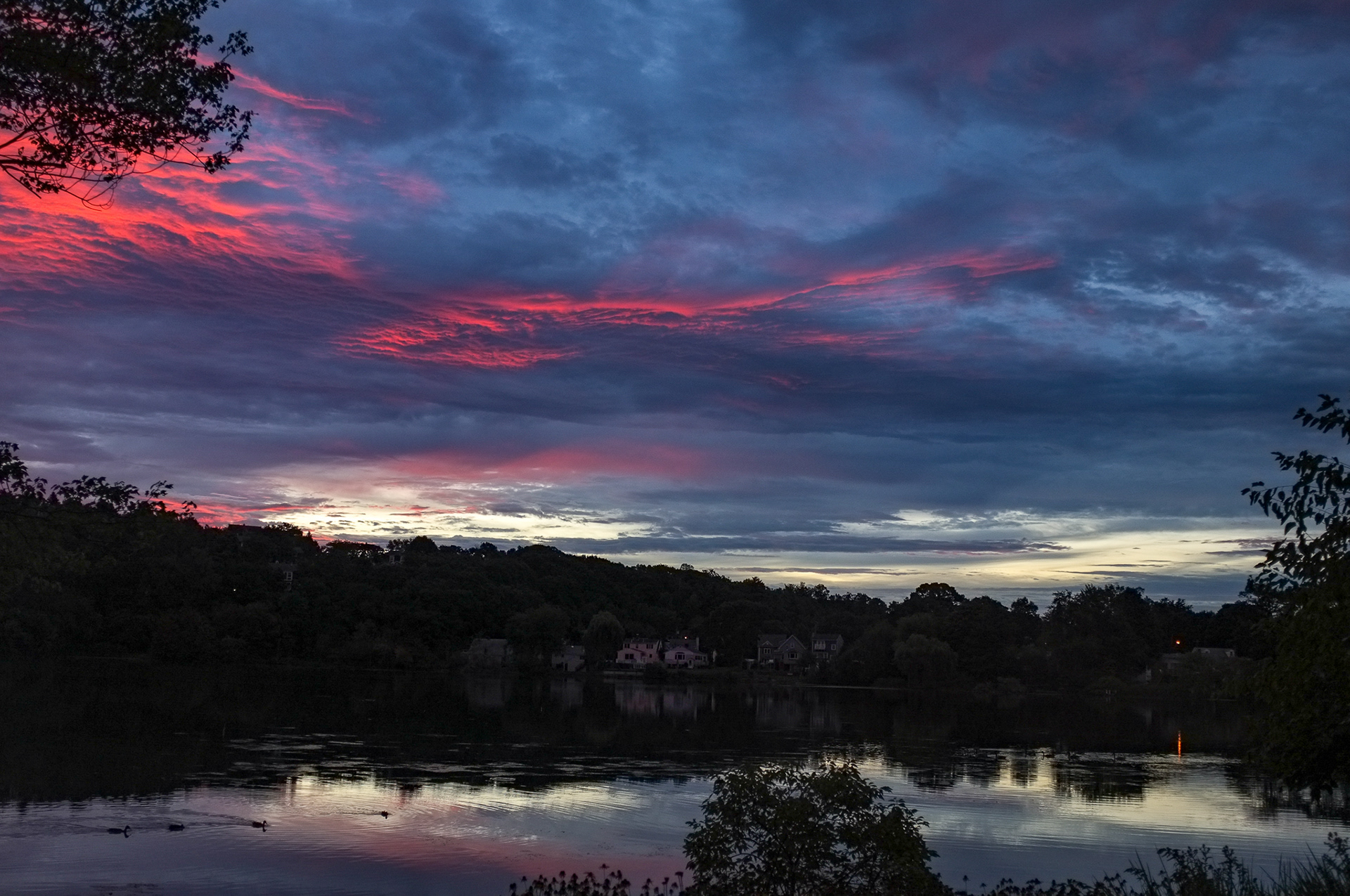 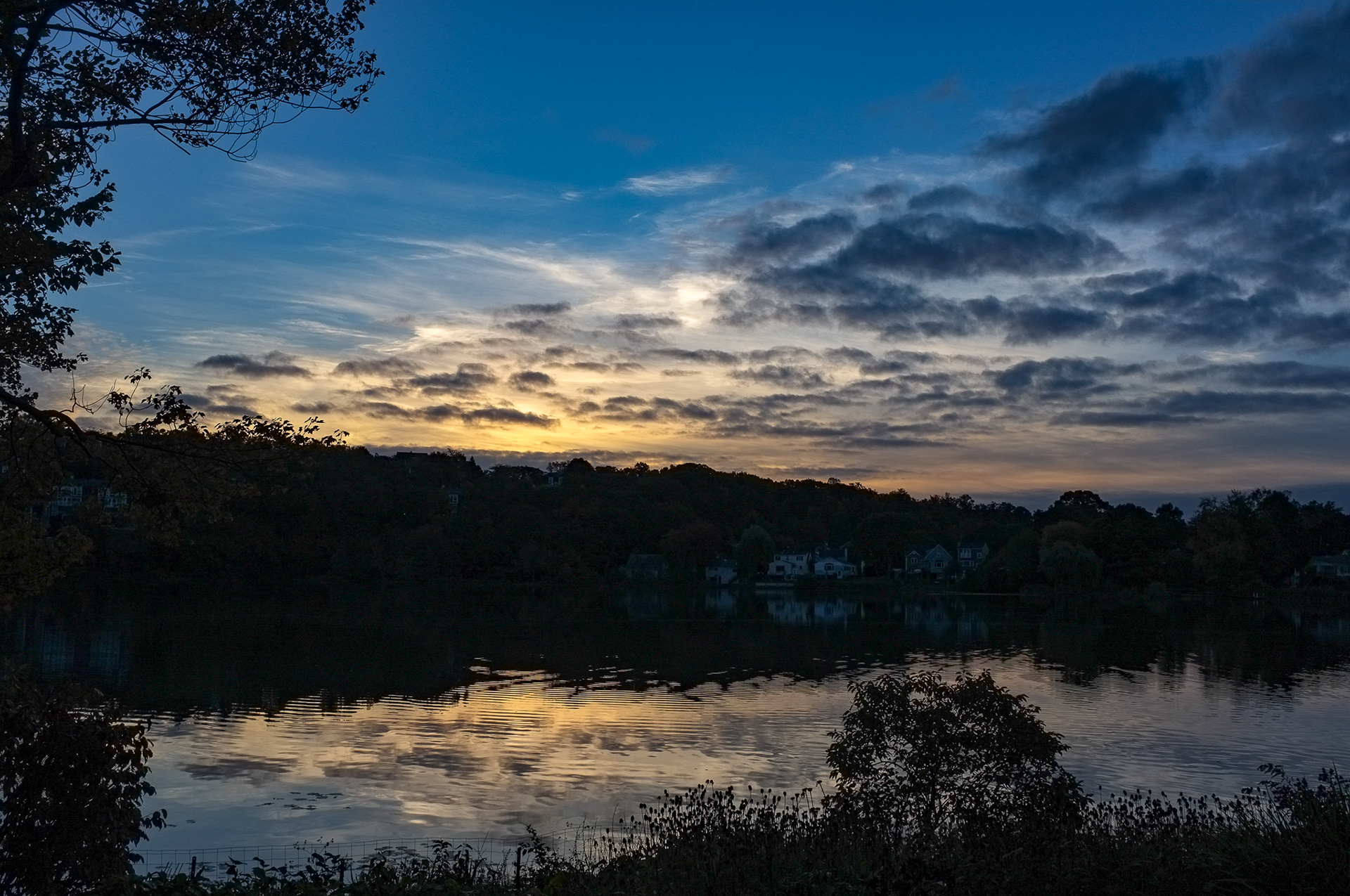 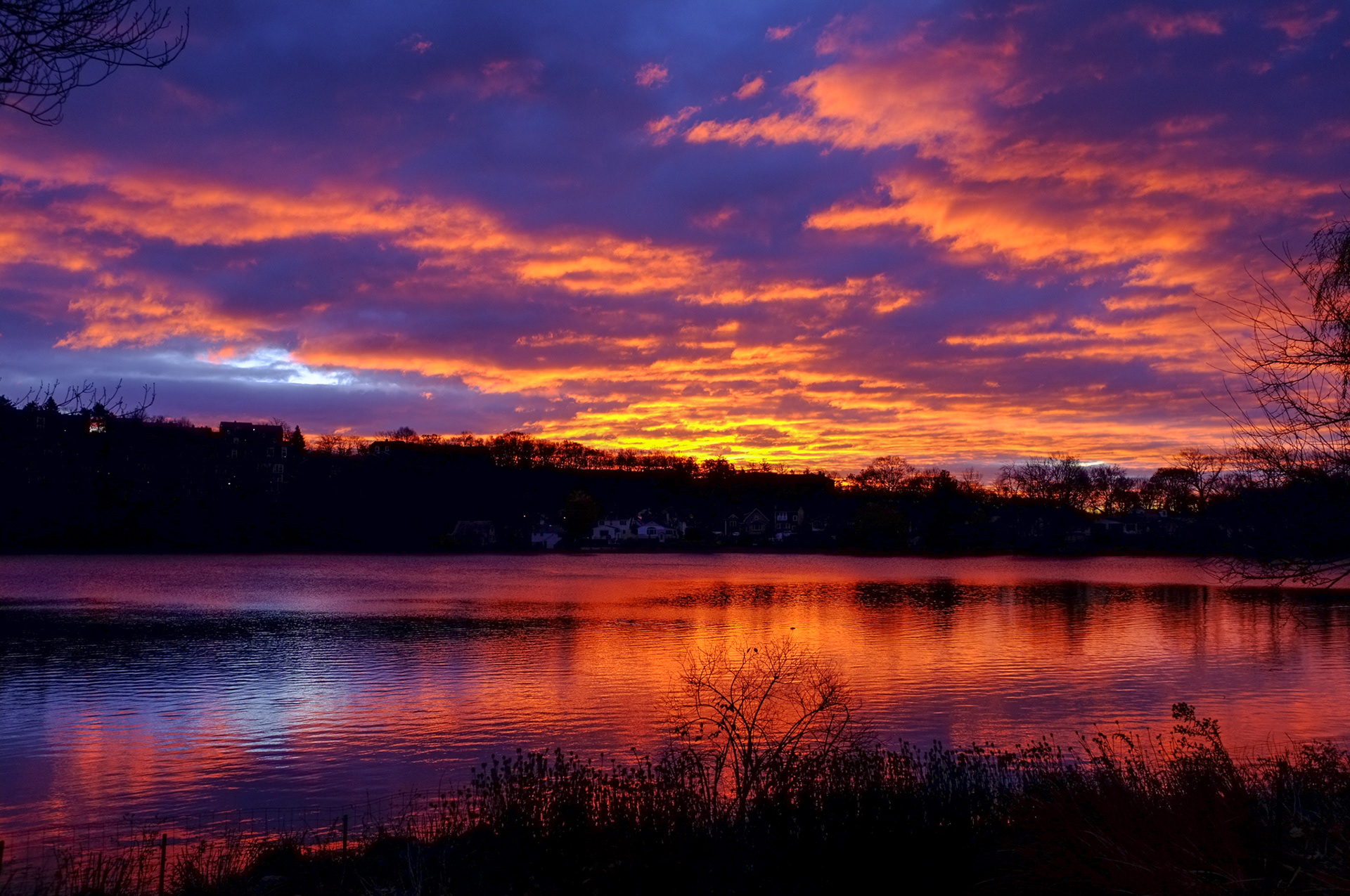 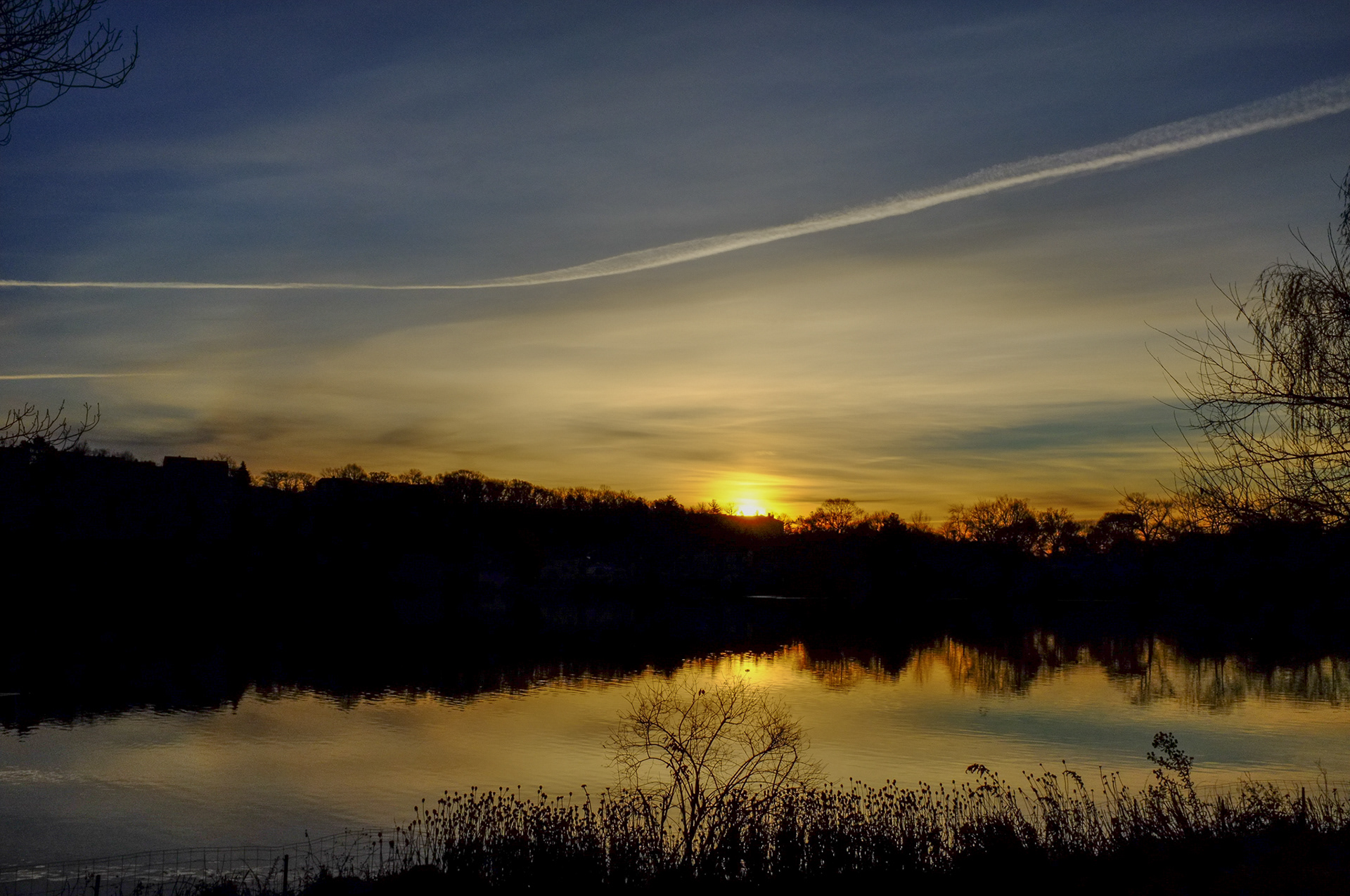 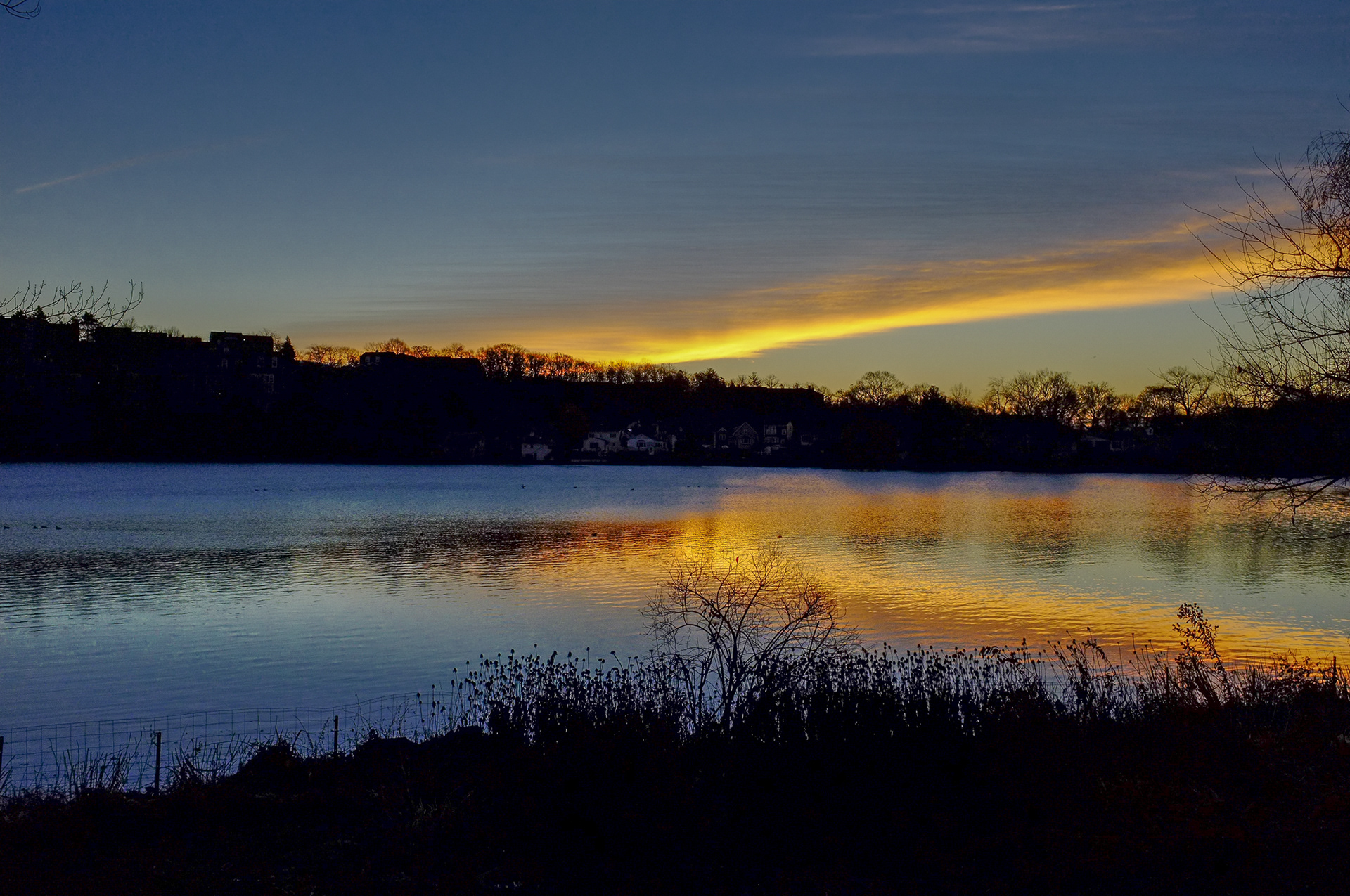 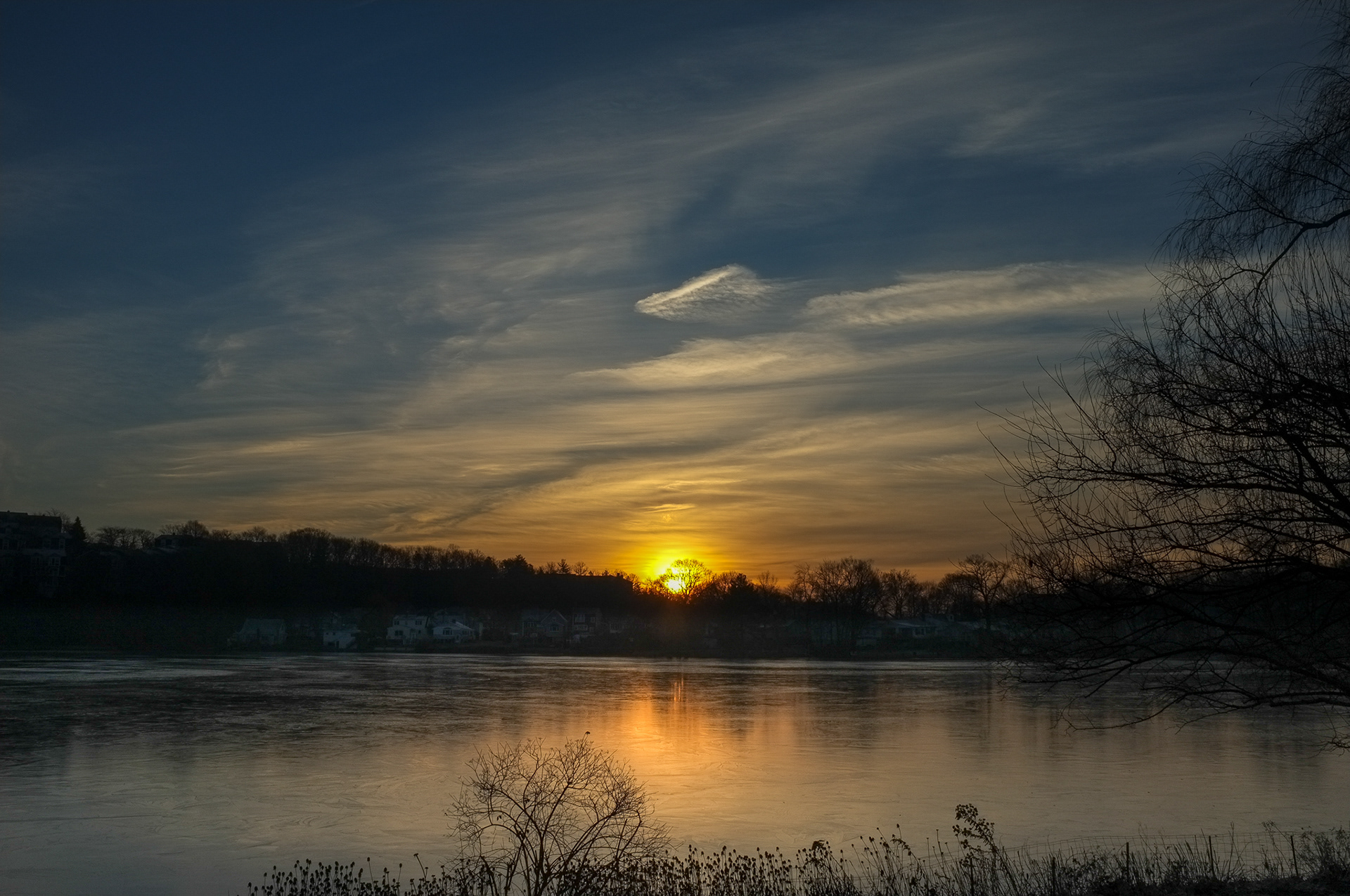 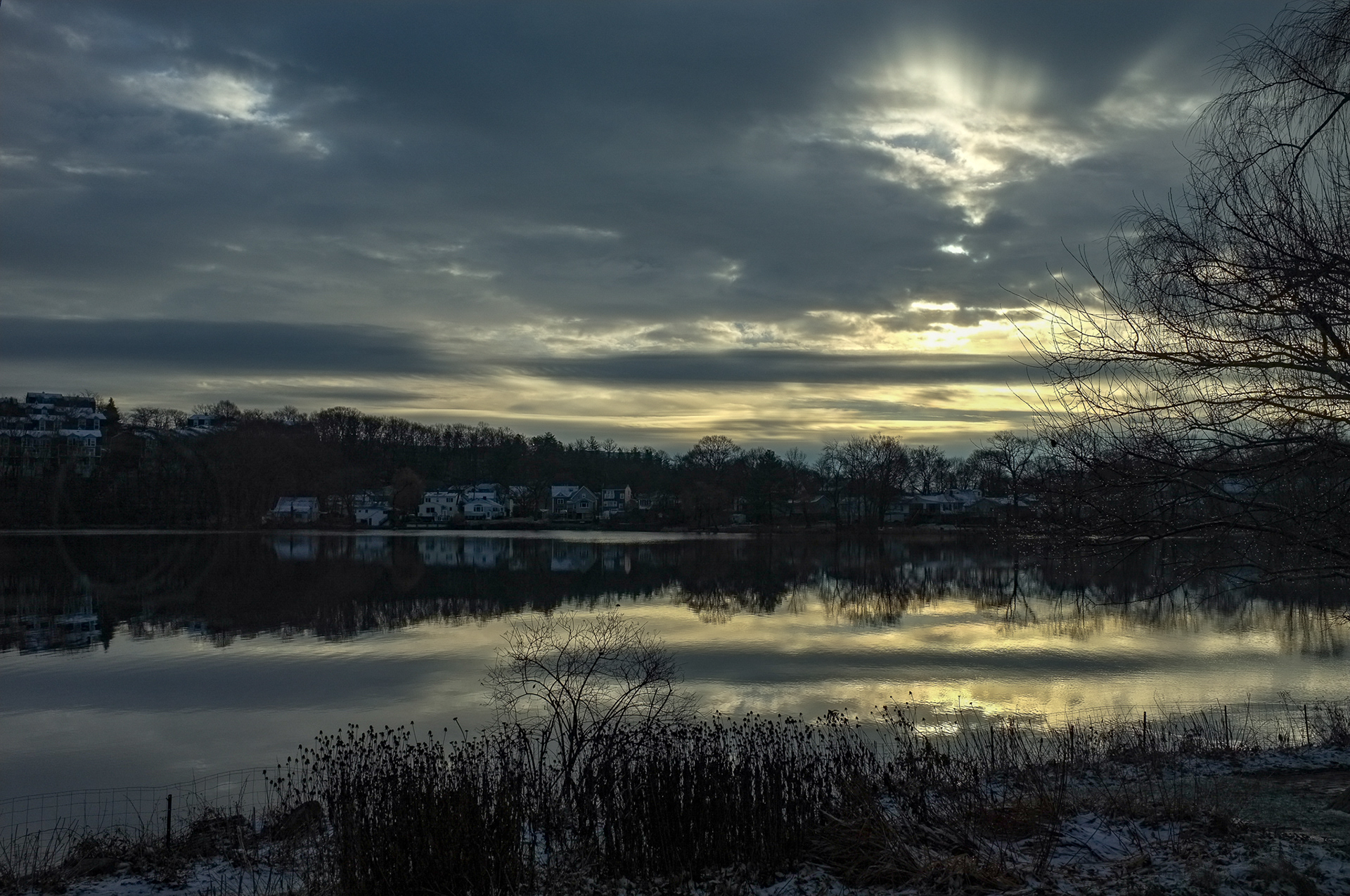 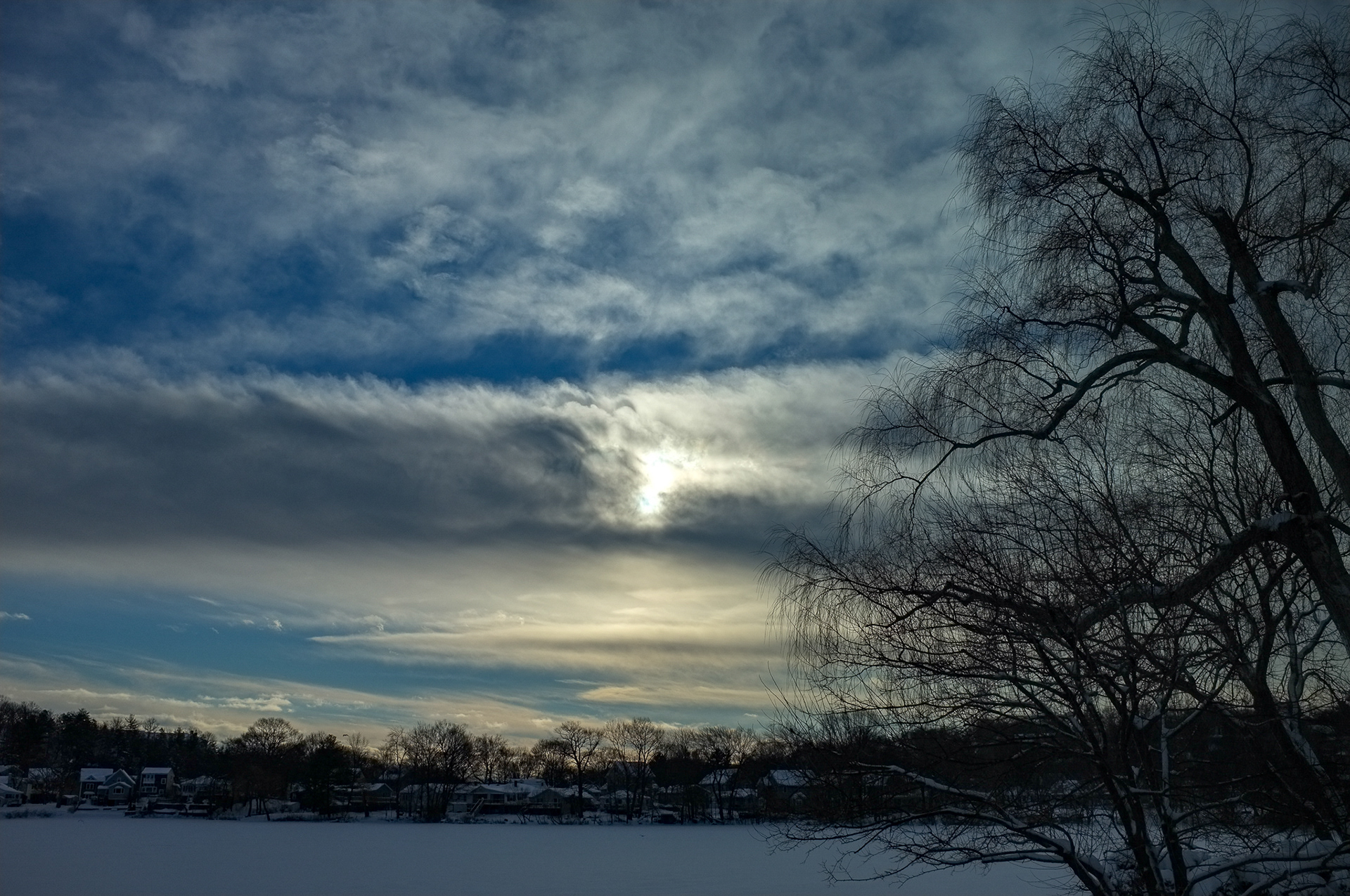 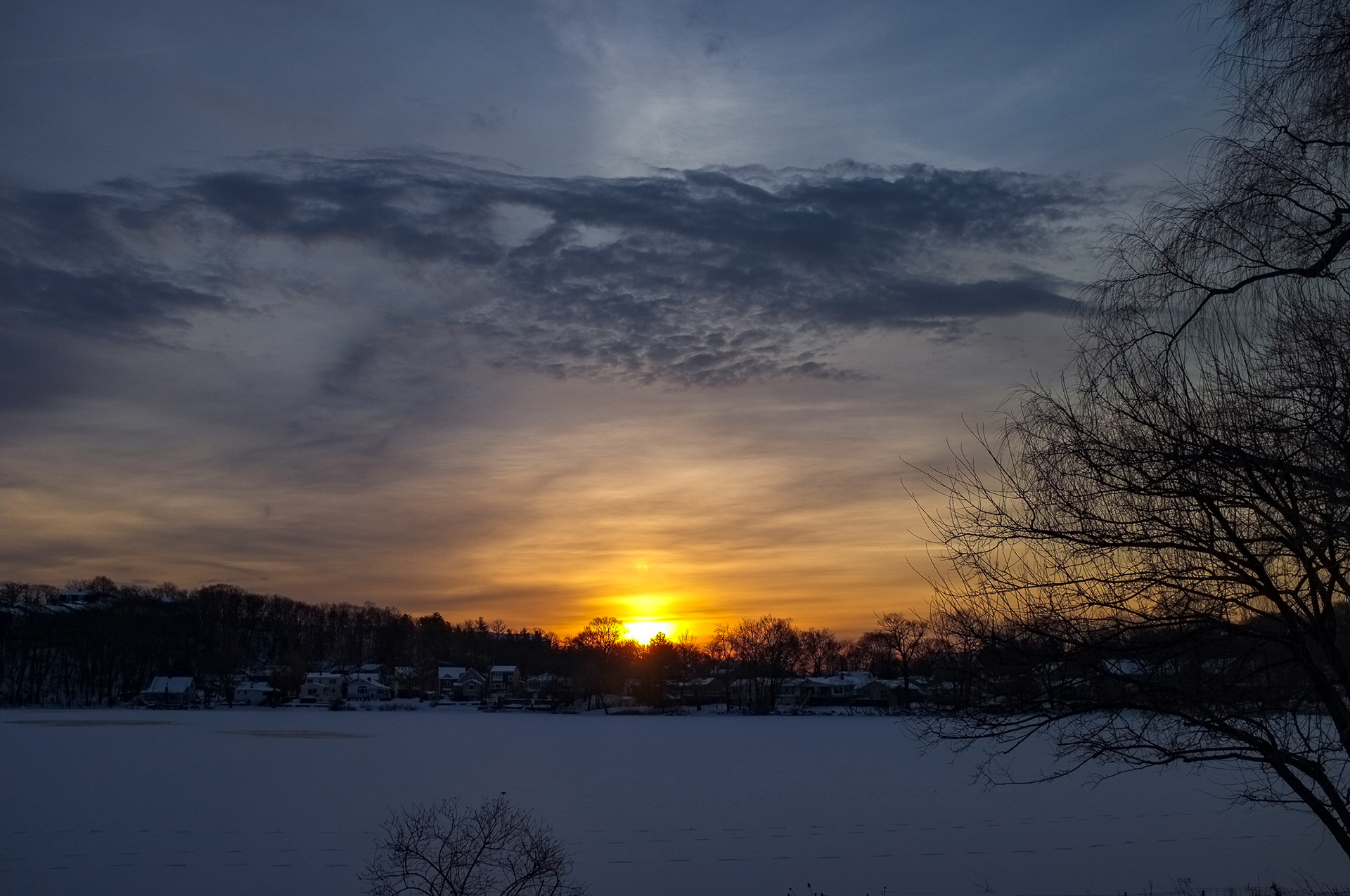 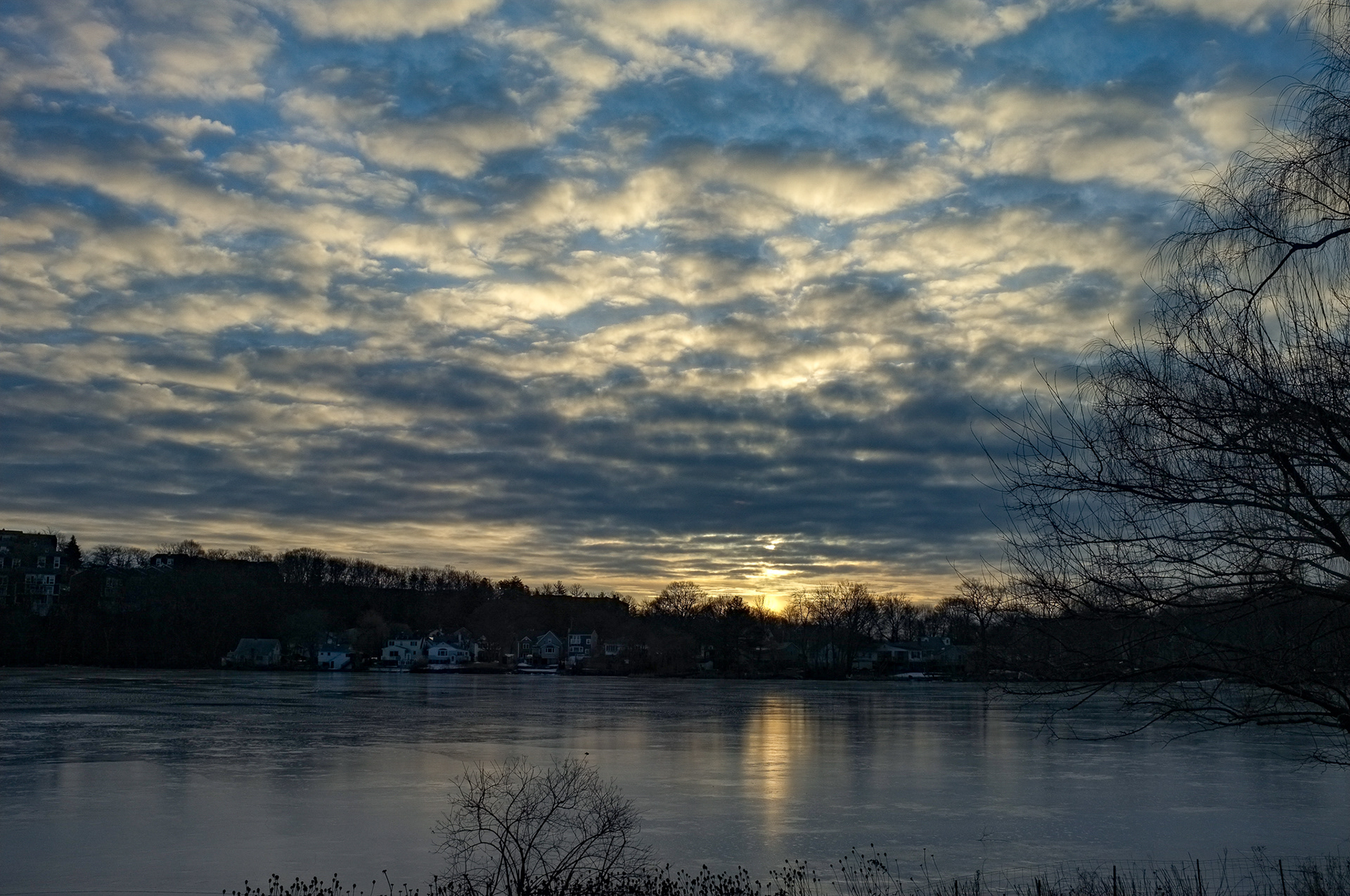 Every morning, at first light, I would stumble out of bed, grab my camera, and head for an east-facing window that overlooked the pond. On some mornings, in the cold winter months, I would be rewarded with a new, brightly painted sky, a new celestial fantasy. These photos were all taken in 2013. Similar, colorful dawns from 2014 can be found at Dawns. The latter was my last year at the pond.

The next-to-last photo, above, was taken on December 20, 2013, one day before the winter solstice, making it the next-to-shortest day of the year. At such a time, the sun rises at its southernmost point in the sky before pausing briefly and then moving northward again. That seasonal variation in the sun’s rise is due to a tilt in the earth’s axis as it moves around the sun. An elegant visualization can be seen here.
The images are displayed in the order taken, with the earliest first. Looking at them sequentially, one can see the sunrise moving from northerly to southerly as the year progresses. Shown are only the cold winter months, of course; in the warm months, such dramatic displays are rare. By happenstance, the most southerly point in the sky is also the lowest point in the skyline, as a hill on the eastern shore gives way to lowland in the south.

Moody XLIII
↑Back to Top