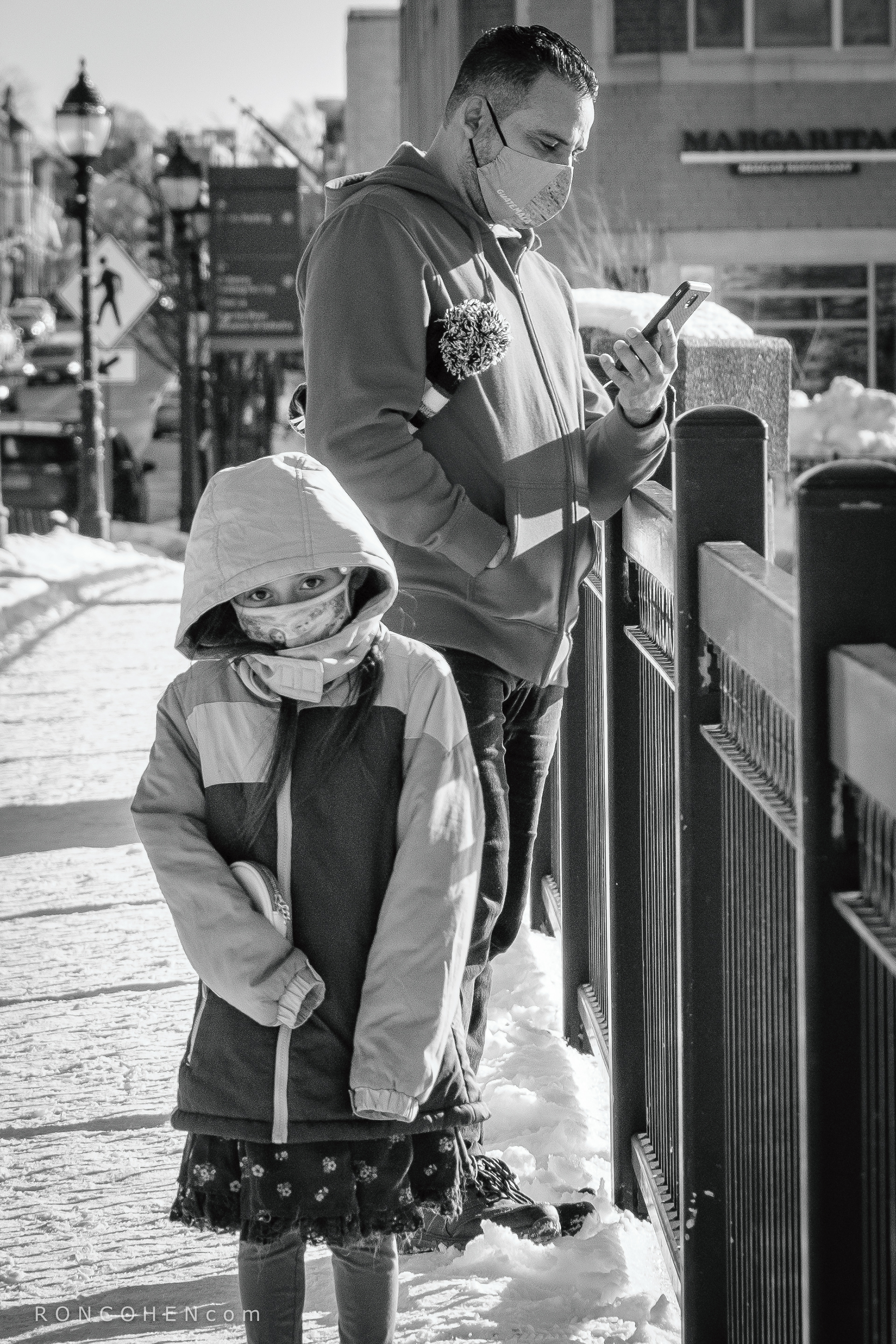 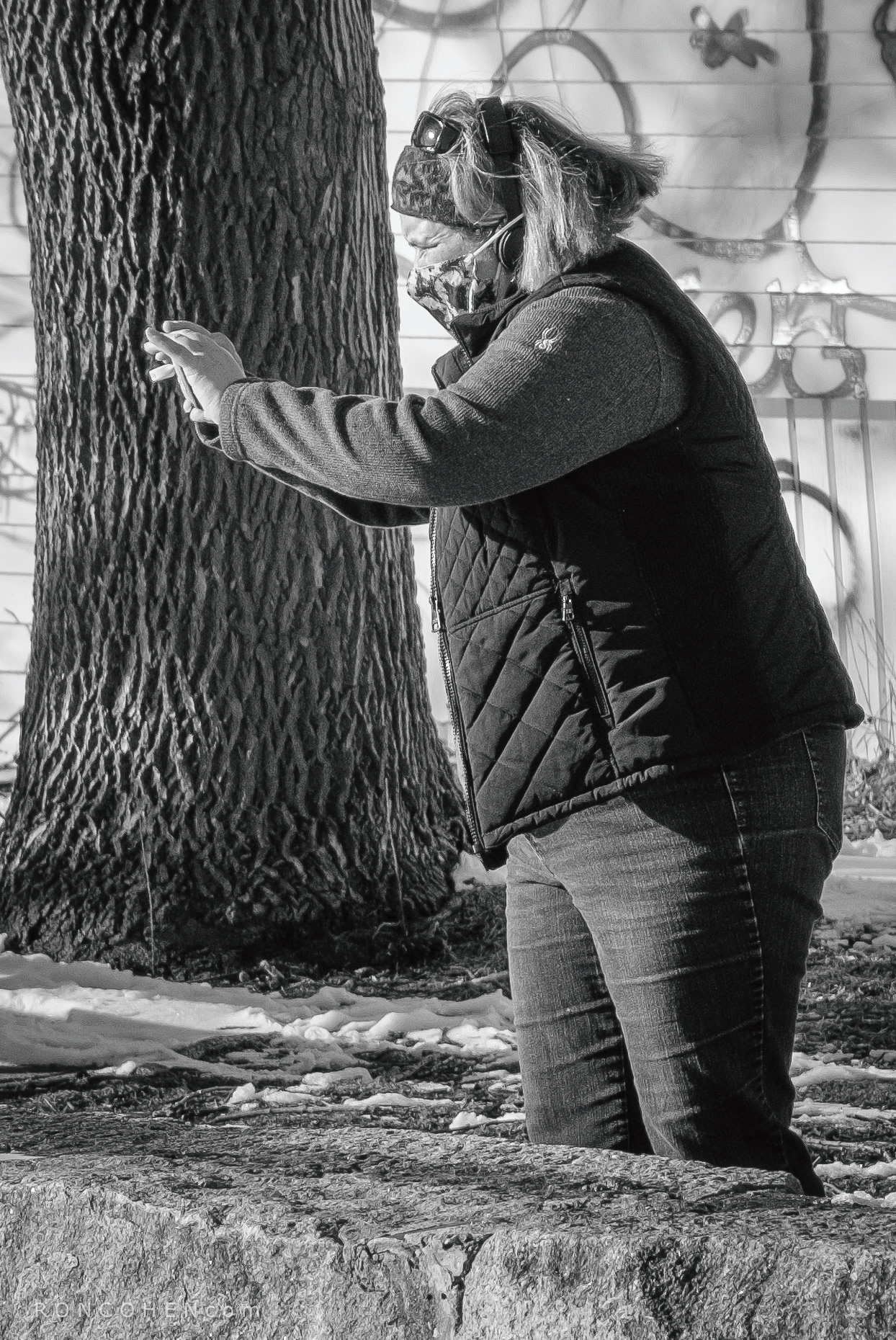 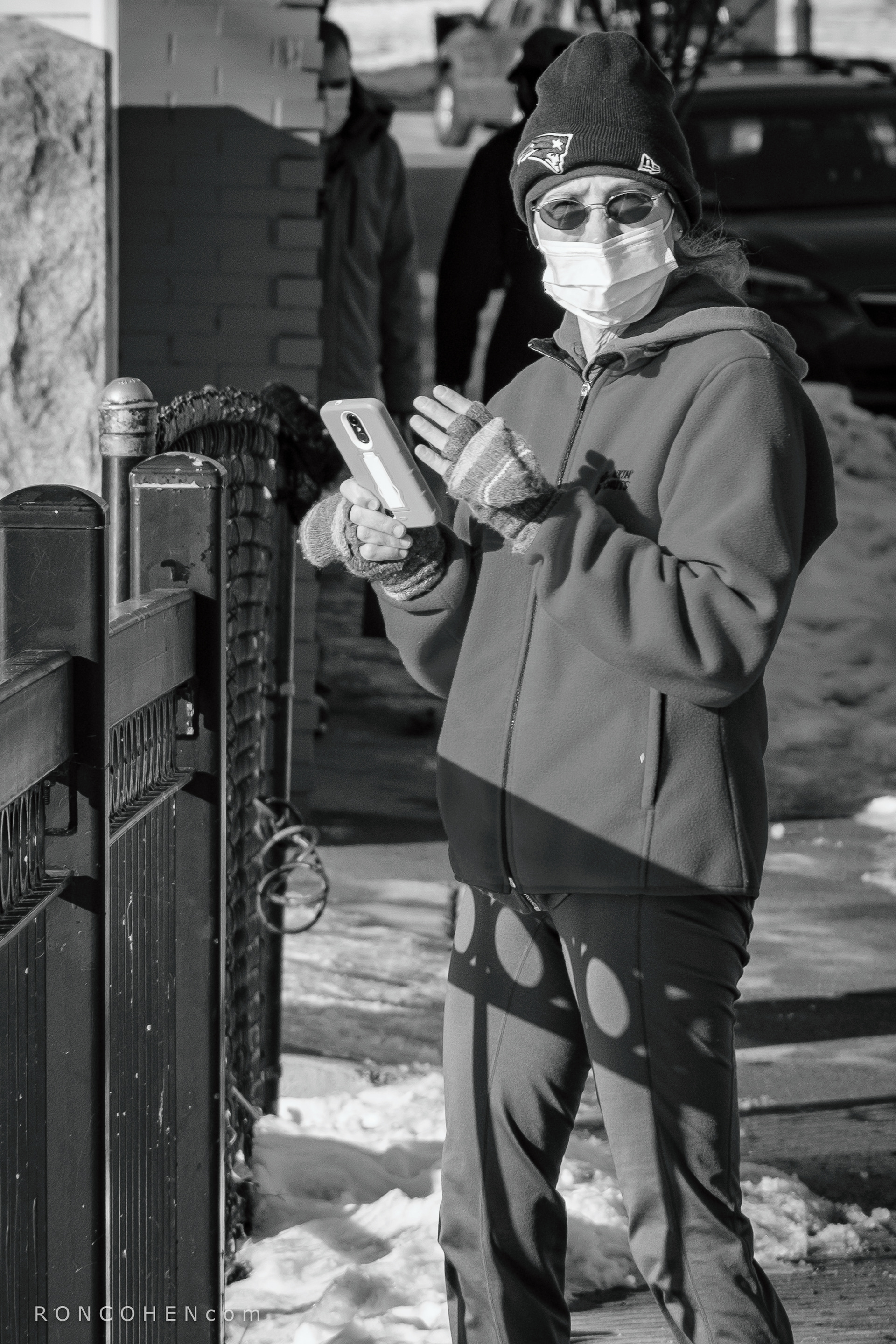 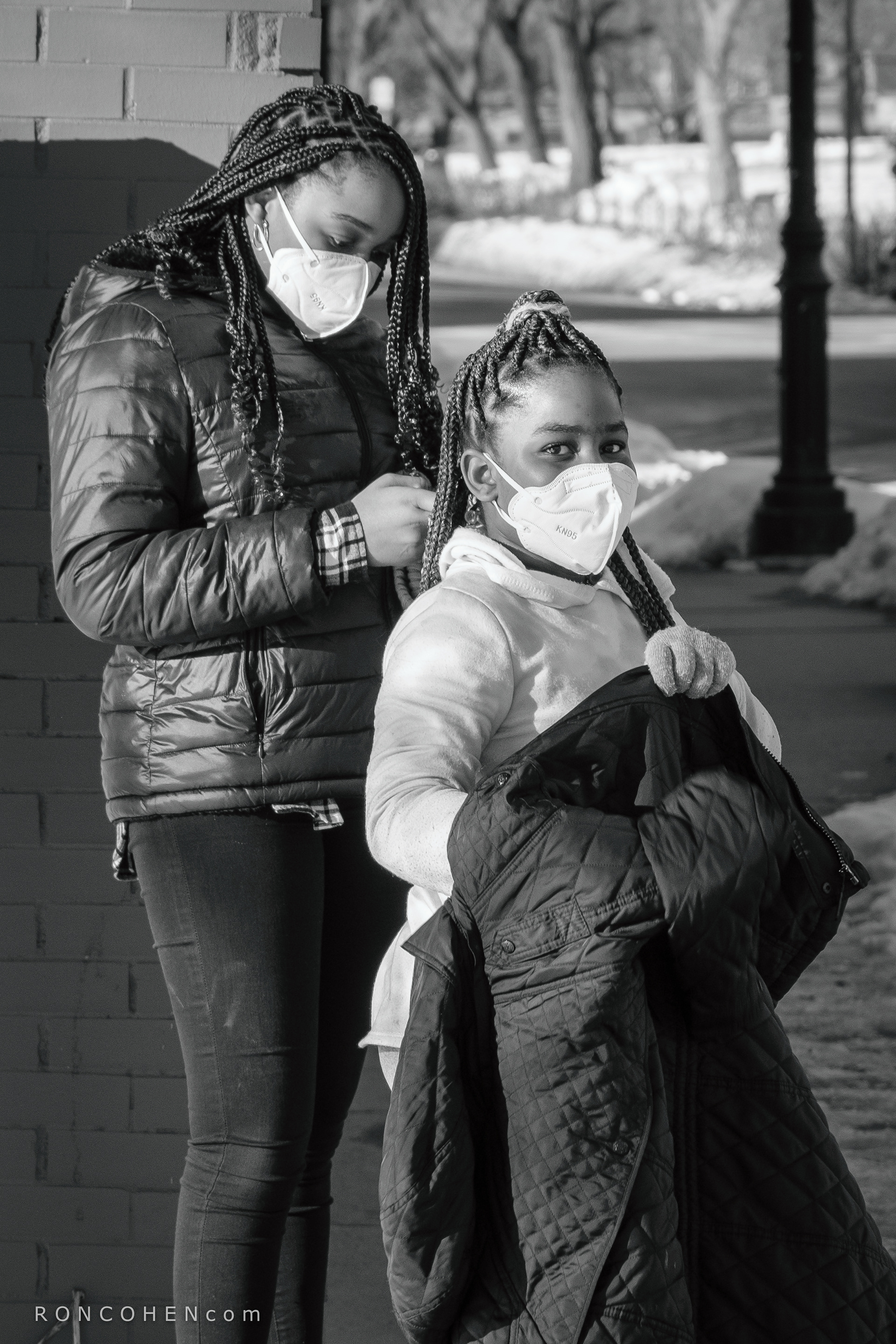 When I arrived late afternoon, Moody Street was in shadow. The only sunny spot was along the bridge over the Charles River. The dramatic, Bruegel-like scene from the bridge caught the eye of several passersby who stopped to record it—as I did, myself. After thirty or more shots, however, the cold crept into my fingers, and I called it a day.
Incidentally, I shot these waterbirds from the west side of the bridge. Behind me, on the east side, sat an important historical site, the waterfall and textile mill that launched the American Industrial Revolution. The mill building is a National Historic Landmark. It no longer serves its original purpose, of course, but has now been adapted to residential use.

Twisted Tree XVIII*
↑Back to Top